The Foundation Open Ukraine provides travel grants for travel costs for Ukrainian artists to exchange artistic experience at the international level and to improve cooperation between Ukrainian and foreign artists. These grants give Ukrainian artists the opportunity to present their achievements around the world.

Grantees are chosen monthly based on the decision of the Program Council.

Max KIDRUK, Writer, Presented technothriller “BOT” upon invitation of the Department of Ukrainian studies at the University of Presov, Slovak Republic.

Kateryna BABKINA, Writer and screenwriter, Presented Ukrainian video-poetry at the Festival of Ukrainian and post-Soviet cinema KINOFEST NYC, The U.S.A.

Tymofiy HAVRYLIV, Writer, Participate in the biggest literature festival Norsk Litteraturfestival in the countries of the Northern Europe, Norway.

Oksana ZABUZHKO, Writer, Held artistic meeting on the occasion of publishing her novel «Museum of Abandonned Secrets» in English, The United Kingdom.

Iryna BEREZHKO, Artist, Opened her curatorial project «Myths and Legends of the Eastern Europe» in Amsterdam, The Netherlands.

Anna ARKUSHINA, Composer, Participated in the International Academy of Modern Music for Composers and Ensembles «Impulse».

Mykola Kravchenko, chairman of NGO “Book Space” for the presentation of French language Almanac of Modern Ukrainian Literature at the Paris Book Fair.

Anatoliy Lavrenishyn, director of animated films for the presentation of full-length animated film project “The Book of Shadows” at the International Festival of Film and Music in Aubagne, France.

Maryna Vroda, Ukrainian filmmaker for the presentation of the short film “KROS” at the International Festival of Ukrainian and post-Soviet Cinema in New York, USA.

Serhiy Zhadan, writer for the presentation of Belarusian edition Anarchy in Ukr in Minsk, Belarus.

Vasyl Viter, filmmaker for the presentation of film “Love Given by the Stars”, which is dedicated to Franz Liszt stay in Kyiv at the international television festival “Golden Prague” in Prague, Czech Republic.

Lesya Horova, Honored Artist of Ukraine for participation in the Days of Ukrainian Culture in Antalya, Turkey.

Oleksandr Danylenko, filmmaker for the presentation of music video for the band DakhaBrakha “Carpathian Rap” at the International Animation Festival in Portugal.

Andriy Kurkov and Lyubko Deresh, writers to participate in the promotional activities of the Ukrainian delegation within the Festival of European Literature in Cognac, France.

Vadym Larchikov, actor of duet Violoncellissimo to participate at the International Festival “100 Years of Russian Futurism” in Moscow, Russia.

Maryna Zheleznyak, filmmaker so she could get consultations on film editing of her documentary “Hryhoriy Ivanovych” from world renowned filmmaker Valdís Óskarsdóttir in Reykjavik, Iceland.

Nataliya Danshyna, singer to participate in the Early Music Festival in Utrecht, Netherlands.

Alevtyna Dobyna to participate at the international music competition “The Baltic Stars” (Estonia).

Oleksadr Afonin, president of the Ukrainian Association of Book Publishers and Distributors, to visit France as part of the project “More counties – more books”.

Olena Maksymenko, filmmaker to participate at the 11th International Movie Festival Up and Coming that took place in Hannover with film Loyalty.

Alla Zahaikevych, composer and head of the Association of electro-acoustic music, to participate in the concert of laureates of the international contest of electroacoustic music Musica Nova.

Natalia Yehorova, filmmaker to participate at the International Movie Festival AMIRANI, which took place in Georgia, with the documentary “Over achiever”.

Participation of Ryabchiy Ivan in book fair in Paris

Participation of Gallery RA at the International Art Fair ARTVILNIUS'09 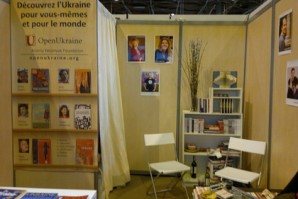 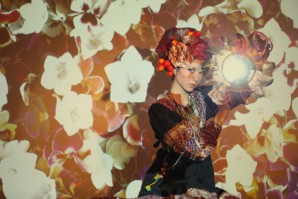 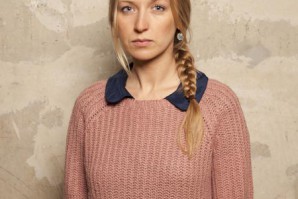 Director from Odessa participated in an educational program in France 25 March 2019, 11:19

Director from Odessa presented his film at a film festival in Macao 11 January 2019, 18:04

Ukrainian presented a performance at the World art festival 18 October 2018, 16:43

The artist Darya Tsymbalyuk presented paintings at the exhibition in the United Kingdom 14 September 2018, 16:17