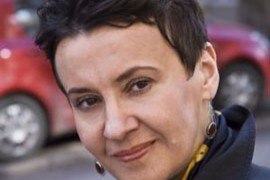 Oksana Zabuzhko's The Museum of Abandoned Secrets that was translated into Polish with the support of Arseniy Yatsenyuk Open Ukraine Foundation has entered to the final of the eighth Angelus Central European Literature Award. 41 books participated in the contest. The winner will be determined by 19 October 2013.

Angelus Central European Literary Award is the most significant award in prose translated into Polish. The prize is awarded annually to writers from in Central Europe who in their works raise important topics of our time, encourage to reflect, immerse into the world of other cultures.

It is worth noting that Arseniy Yatsenyuk Open Ukraine Foundation has a special program for promoting modern Ukrainian literature abroad – The Book Fund. The program provided grants for translations of contemporary Ukrainian literature into foreign languages. During the Foundation’s activities works of domestic authors have been translated into Czech, Russian, Bulgarian, Polish, French and other languages. Today, with the support of Open Ukraine Foundation about 20 translations were published abroad. These are works by Sergiy Zhadan, Yuriy Andrukhovych, Yuriy Vynnychuk, Yevheniy Kononenko, Maria Matios, Lyubko Deresh, Andriy Kurkov, Oksana Zabuzhko and other contemporary Ukrainian writers.