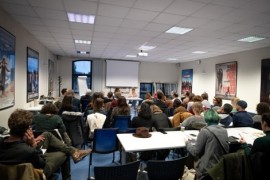 Ukrainian director and producer Maksim Nakonechni participated in an educational program for producers of documentary film "Eurodoc" in Lille (France). The Arseniy Yatsenyuk Open Ukraine Foundation supported the artist by providing him with a travel grant for his trip to France.

The program took place from the 2-9 of March of 2019. "The first session of the program, although introductory, ended up being extremely fruitful. In addition to getting acquainted with the international and English-speaking group under the direction of producer Heino Deckert and getting immersed in everyone’s projects, I also got to present our own project. I had the opportunity to receive constructive criticism and opinion and discuss the further development of the project," shared Maksim. 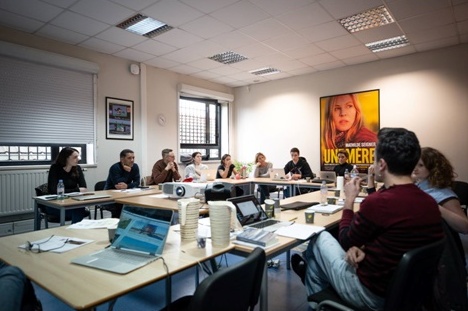 During his studies in France, the Ukrainian also attended a master-class on the collaboration between the producer, director, and film editor when producing documentaries. After the completion of the first session, the participants were given an assignment for them to complete before the start of the second session, which will take place in Sweden.

Maksim Nakonechni is a director and producer. He earned a Bachelor’s degree in directing from the Kyiv National University of Theatre, Film, and Television in the name of Karpenka-Karogo. After working on television for a few years he and a couple of his colleagues founded the "Tabor" production studio, which produces live-action and documentary films, video productions, and theatre performances. Among the completed works of the "Tabor" studio are films extremely well received at international movie festivals such as Berlinale and DOK Leipzig. As a director, Maksim has filmed two live-action short-films. His producer debut is the documentary "Andriy Suleyman".