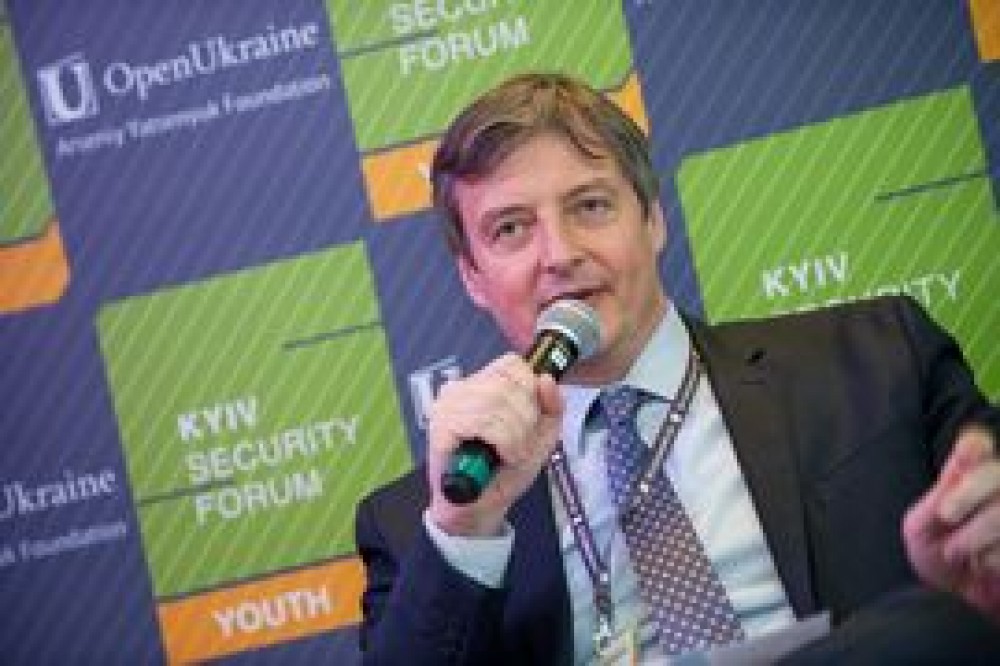 Peter Lunyak: Ukraine is a microcosm of a new confrontation between the West and Russia

Russian aggression against Ukraine is a microcosm of a new confrontation between the West and Russia which violated all its international obligations and is trying to destroy the system of liberal democracy, said Peter Lunyak, the Deputy head of the Department of NATO's cooperation with states-partners and member states, NATO Public Diplomacy Division,during the 3rd Youth Kyiv Security Forum organized by Arseniy Yatsenyuk Open Ukraine Foundation.

“Ukraine is a microcosm of the pending conflict, the clash, whatever you call it, between the West and Russia. It is not just a Ukrainian business. This is the concern of the future of liberal values and democracy,” - he said.

“Ukraine is on the forefront, but it is not only a battle of Ukraine in this conflict. As for me, the core issue is the future of liberal democracy. That is the fate decided in this conflict,” – he stressed.

According to P.Lunyak, the world will not be the same as it was before the crisis in Ukraine “for the basic rules of the system no longer exist. And that is the fact, that one of the major actors in the security architecture fails to comply with its obligations and does not respect its own promises, not only in relation to the Alliance, but also in relation to the fundamental principles of the UN,” – he said.

NATO official pointed out that Russia has violated “all rules and norms of international law, the obligations it assumed both bilaterally and multilaterally”. Thus the government of Russia led by Vladimir Putin “is using method targeted at beating the opponent where it hurts”.

However Russia’s behavior became such an “alarm call” that awakened NATO. “Because if something you have been building sincerely for 25 years disappears in a few months, when you are facing lies, half-truth, propaganda, it it awakens your consciousness, you realize that something must be done” – said P.Lunyak.

He believes that the West in general and NATO in particular have to cope with this situation. “It seems to me that we did what we had to do – we paused practical cooperation with Russia but the political channels for communication were left opened. It is important to adhere to our policy and to eliminate all the drawbacks in it. This would help Ukraine to stand up and protect itself,” – he said.

P.Lunyak also urged not to draw parallels between the current situation and the "cold war" in the past for the Soviet Union was trying to offer a different kind of economic model, opposite to the western one: “Now the situation is drastically different. Russia is a capitalist country itself. They are not offering another model, they offer other values, another system of existence”. In addition, Russia is trying to “solve internal problems by means of militarized foreign policy”, NATO representative stressed.

However, he believes that Ukraine can now contribute “to these joint efforts to resist the efforts of Russia, aimed at discrediting all that is so important for us”. In this respect it is necessary to carry out the reforms in Ukraine, supported by NATO. “The members of the Alliance shall offer Ukraine grass-roots support. Here we are talking about the future of the Armed Forces of Ukraine, but I am convinced that the most important thing that Ukraine could do in this situation – is to contribute to the stability, economic prosperity and the power of democratic Ukraine”.