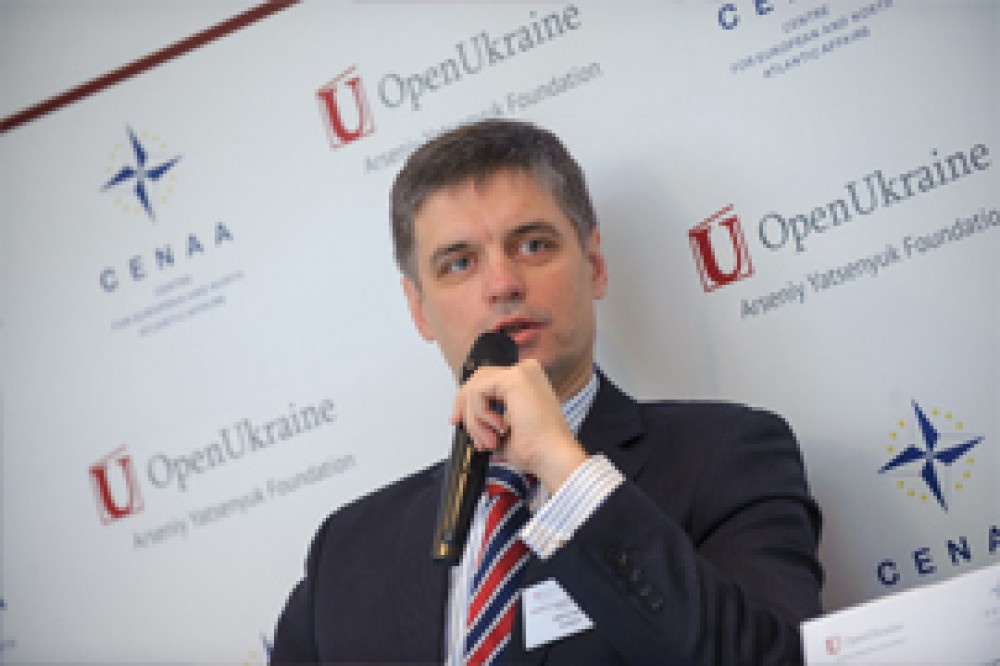 Vadym Prystaiko: «The idea about NATO is changing in Ukraine»

In Ukrainian society the idea about the Ukrainian Euro-Atlantic integration is changed.

«A lot has been done, and as you see, the idea of our society is changing - from those 14-15$, which we hade in 2006-2007, nowadays, as you know, the idea that Ukraine has to be the part of Euro-Atlantic alliance supported by the half of our population», - said Prystaiko.

He is convinced, that today is hard to define, what we have more - «emotions or cold mind».

«People understand that being in between to blocks - NATO and so called «Tashkent packt» - we have to choose.

That is why, the diplomat is convinced, that Ukraine has to define with its own way in geopolitical sense and has to show its will.

«It’s necessary to say, that the results which we have today and the war… Nobody could even imagine, that our insight will be so complicated, but that is the real result that one day we didn’t find strength for those important steps, which were done by our Western neighbors, our countries, that were with us in Warsaw packt, our neighbors, that had nearly the same way of their development», - resumed Vadym Prystaiko.

Today started the 5 days training «Security sector reform». The project is initiated by Arseniy Yarsenyuk Open Ukraine foundation together with the Centre for North Atlantic and European Affairs (CENAA) supported by SlovakAid.

Arseniy Yatsenyuk Open Ukraine Foundation is an international foundation, established for strengthening and development of Ukraine’s reputation in the world.

Centre for European and North Atlantic Affairs (CENAA) is an independent think-tank, focusing mainly on activities in the field of foreign and security policy. Within the framework of these activities CENAA accomplishes projects and research, organizes expert events and issues publications together with partners from Slovakia as well as from abroad.