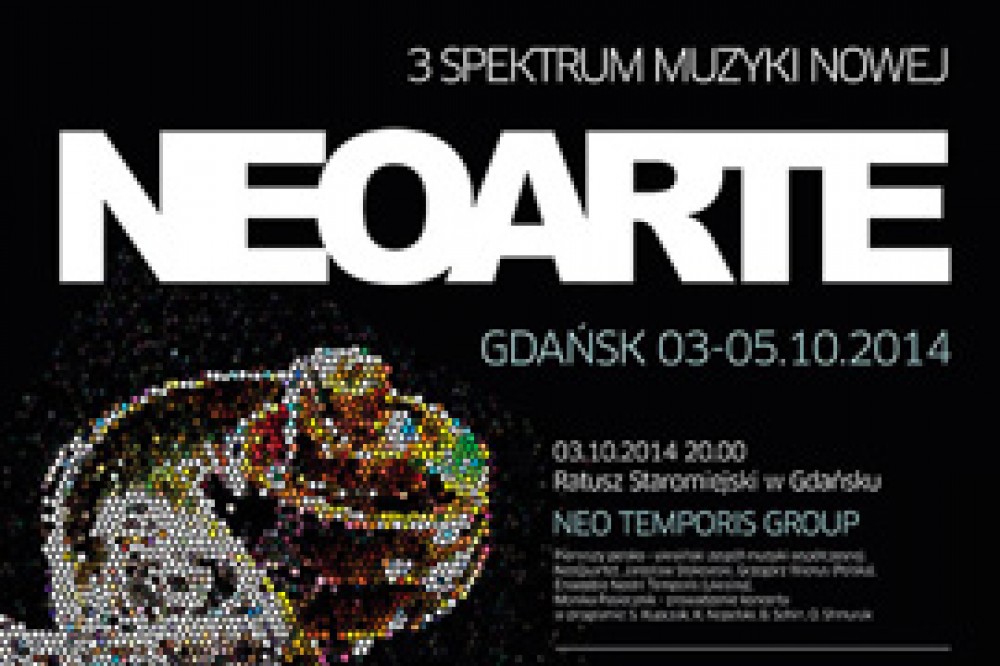 With the support of Arseniy Yatsenyuk Open Ukraine Foundation composer Bohdan Sehin visited the third international festival “NeoArte - Spektrum Muzyki Nowej”, which was held from 3 to 5 October 2014 in Gdansk and was dedicated to modern classical music. The festival program presented the most interesting trends in classical music in a form of concerts and master classes. The event brought together artists from different countries, cultures and schools of art and gave them an opportunity to communicate among themselves and listeners by the means of music.

The festival presented five premieres of compositions by the best composers of a younger generation from Poland, Ukraine and the U.S.A. Concurrently the composer’s master classes and a project for children “Kwartludium w krainie czarów” were held.

Cezary Duchnowski, Polish composer, electronic music expert, became a patron of this year’s festival, and he together with singer and composer Agata Zubel presented the project “ElettroVoce - głos i elektronika” at the final concert of the festival.

The festival was opened on October 3rd by Polish-Ukrainian band “Neo Temporis Group”, the program of which was featured by the first performance of composition by Bohdan Sehin for “Talos” spring quartet. Earlier this composition by the Ukrainian author was performed in Warsaw as part of this year’s festival “Warsaw Autumn”, as well as in Lviv Regional Philharmonic Hall under the XX Anniversary International Classical Music Festival “Contrasts”.

As a result of the trip, a concert tour of Polish-Ukrainian group “Neo Temporis Group” is planned in Poland and Ukraine in early 2015, along with studio recording and audio-CD release. In late 2015 production of a new concert program and its presentation in October at festivals in Gdańsk, Lviv and Kraków are planned.