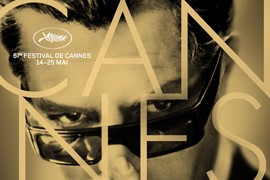 In May 2014 the regular Cannes International Film Festival was held, which is one of the most important cinematic events of the year. Supported by the Open Ukraine Foundation, film director and screenwriter Olena Fetisova, whose the first full length film “Parajanov” received in 2013-2014 the awards of many international film festivals, has made a professional trip to this leading event in film industry.

Summing up the results of the trip, Olena Fetisova noted that the main purpose of the trip to Cannes was to search for potential partners to implement a project - her new full length feature film "Game Over". This film tells a dramatic story of a simple Ukrainian family during recent revolutionary events in Ukraine. «I am very pleased with the results of the trip since my participation in special events, round tables and events that were organized for cinematic community as part of the festival and film market, gave me an opportunity to present my film projects to many film experts and get producers from Norway, Germany and France interested in the film realization», said Ukrainian filmmaker Olena Fetisova.

It should be noted that Arseniy Yatsenyuk ‘Open Ukraine’ Foundation has been already supporting ‘Cultural Horizons’ Program for the sixth year in a row. This program is dedicated to promote Ukrainian culture abroad and integration of Ukrainian art into the global context. Every year as part of the program the Foundation provides travel grants to Ukrainian artists for participation in foreign festivals, exhibitions, contests, and, respectively, representing cultural achievements of modern Ukraine.