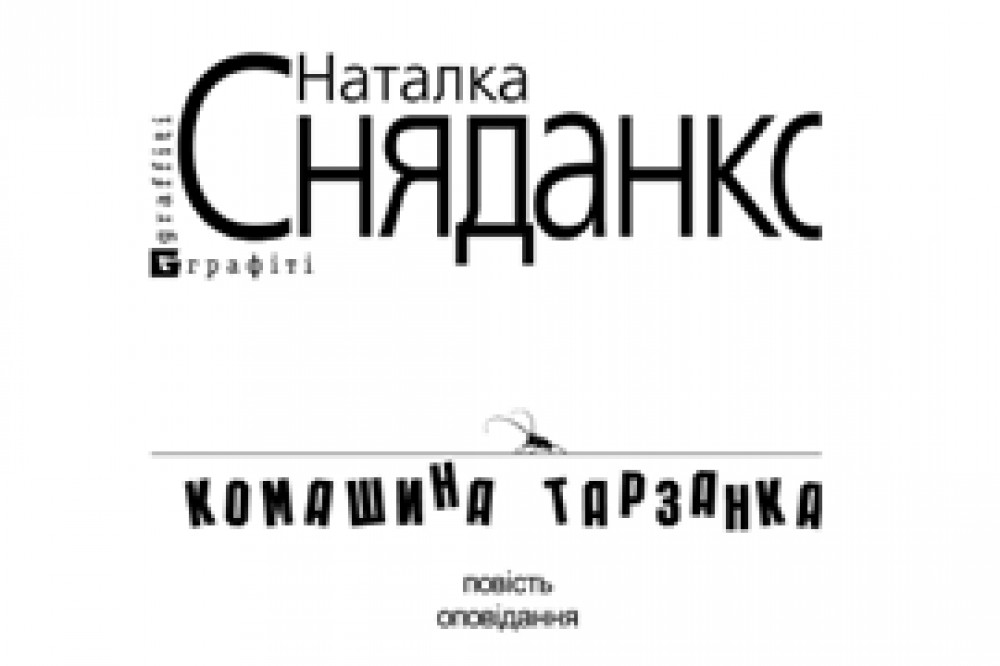 Supported by Arseniy Yatsenyuk Open Ukraine Foundation the book “Komashyna tarzanka” by Natalka Sniadanko was published in Polish at Biuro Literackie publishing house. The book was presented at the 19th Literature Festival Port Literacki 2014 in Wroclaw.

The main characters of „Komashyna tarzanka“ are a married couple at a difficult and stressful period of their relationship. It all starts when they decide to stop for a night in a hotel, which is located just in the forest. This is a place where things start to change between them. Sometimes their relationship becomes strained and stretched like a thin bungee string between two banks of a rapid river.

Natalka Sniadanko was born in 1973 in Lviv. By education she is a philologist, graduated from Lviv and Freiburg Universities, and a journalist and Polish, German and Russian translator by profession.

It should be noted that the Open Ukraine is an only foundation that provides grants for translating contemporary Ukrainian literature into foreign languages. During 2009-2014 more than 20 translations of modern Ukrainian books were financed and published in Poland, France, Bulgaria, Russia, Bosnia, the Czech Republic, Australia and the Netherlands. These are works of Sergiy Zhadan, Oksana Zabuzhko, Yuriy Andrukhovych, Yuriy Vynnychuk, Yevgeniya Kononenko, Maria Matios, Lyubko Deresh. Translation of “Sweet Darusya” by Maria Matios was shortlisted out of 40 other books for the finals of VI Angelus Literary Award of Central Europe. Moreover, Polish translation of “Museum of Abandoned Secrets” by Oksana Zabuzhko became a laureate of Angelus award – the most important award in Polish translated prose.