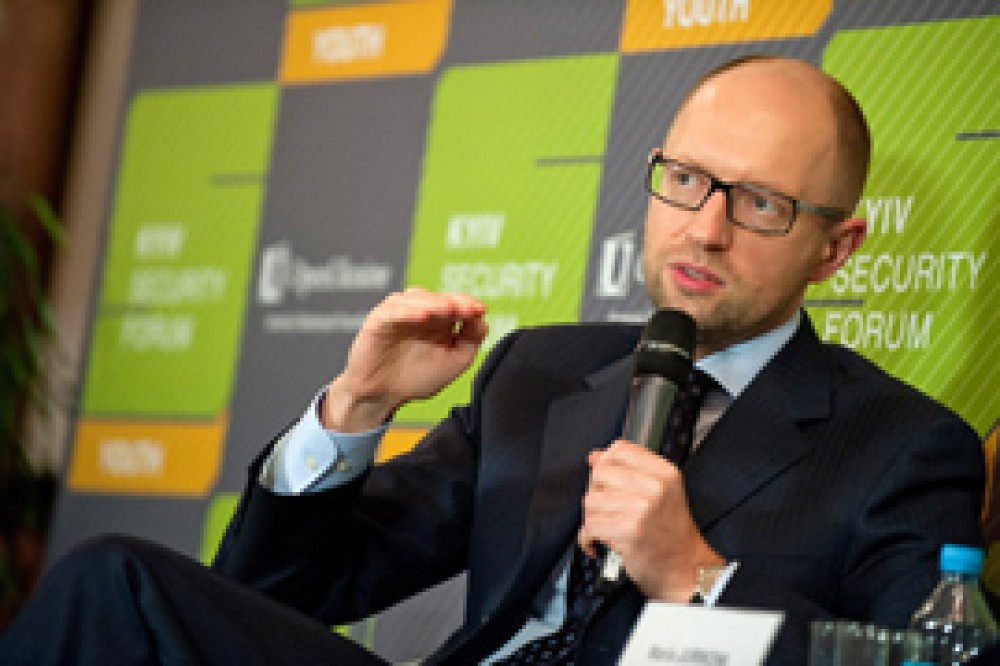 The 2nd Youth Kyiv Security Forum, initiated by Arsenii Yatseniuk’s Open Ukraine foundation and held on November 22-23, 2013, gathered young experts from over 15 countries around the globe. The young experts discussed the importance of good governance in international relations and the meaning of the European integration in the development of good governance in Ukraine. The youth attended the talks by experienced specialists from Austria, Georgia, the Netherlands, Pakistan, Switzerland, and the UK, as well as diplomats and delegates of international delegations functioning in Ukraine (the EU, UN, NATO, OSCE, World Bank, etc.)

The Forum featured a two-day program. The entire first day was devoted to talks by recognized experts. In the morning of the first day, talks on the role of good governance and its importance in building security and international relations were delivered by Melanie Sully, head of the Go-Governance organization (Austria), Dr Ashraf Ali, the President of FATA Research Center (Pakistan), Gaspar Bergman, Human Development Advisor, Office of the UN Resident Coordinator in Ukraine, Volodymyr Lavrenchuk, Chairman of the Board of Directors of Raiffeisen Bank Aval in Ukraine, Rene BeBeau, Senior Project Officer of the OSCE Project Coordinator in Ukraine.

A discussion on the protection of human rights and the importance of the rule of law was held with the participation of representatives of human rights organizations: Tetiana Mazur, head of Amnesty international in Ukraine, and Stephan de Spiegeleire, senior scientist of Hague Centre for Strategic Studies (the Netherlands).

A report on practical experience of implementing the good governance principles in international organizations, transparency and accountability of the public sector, and level of involvement of the civil society was made by Olha Tymchenko, the head of Communications Department of Transparency International in Ukraine, and Iryna Sushko, the director of Europe without Barriers. The young experts took part in a video conference with Adrian Kendry, Head of Defense and Security Economics at NATO Headquarters, and Benedicte Borel, representative of NATO Headquarters, who spoke on corruption in the defense sector, which, according to the expert, is a problem that exists in Ukraine as well.

The special panel entitled “Will Vilnius open new stars on the EU horizon?” discussed the recent developments in Ukraine before the Eastern Partnership summit in Vilnius. The panel speakers included Arsenii Yatseniuk, member of the Ukrainian parliament and the founder of the Open Ukraine foundation, and Mariia Yurikova, deputy head of the EU Delegation to Ukraine. The panel was opened by James Sherr, associate fellow of the Chatham House (UK), who presented the Successful Development Guidelines for Ukraine, developed by the group of experts at the 6th Kyiv Security Forum in April 2013.

The first day was concluded with the discussion on corruption with Dr Ashraf Ali, the President of FATA Research Center, Pakistan, Giorgi Kldiashvili, the Director of the Institute for Development of Freedom of Information, Georgia, and Vitalii Shabunin, the Head of the Board of Anticorruption Action Center.

The second day started from the talk delivered by Yefrem Lukatskyi, an Associated Press representative in Ukraine, who spoke on his experience as a photo reporter in armed conflict areas. The afternoon was devoted to practical workshops for the attendees, during which the young experts guided by Zoriana Borbulevych, a professional moderator, gained the skills of creating and presenting their own projects.

Youth Kyiv Security Forum (Youth KSF) is an initiative of the Open Ukraine Foundation intended to create a site for young experts from various countries to discuss relevant issues of international relations and Ukraine’s foreign policy. The main goal of the Forum is to strengthen the role of the new generation of experts and improve their capability to participate in the process of political analysis and development.

More information on the project is available at: http://ksf.openukraine.org/

More details about the Foundation are available at: http://openukraine.org