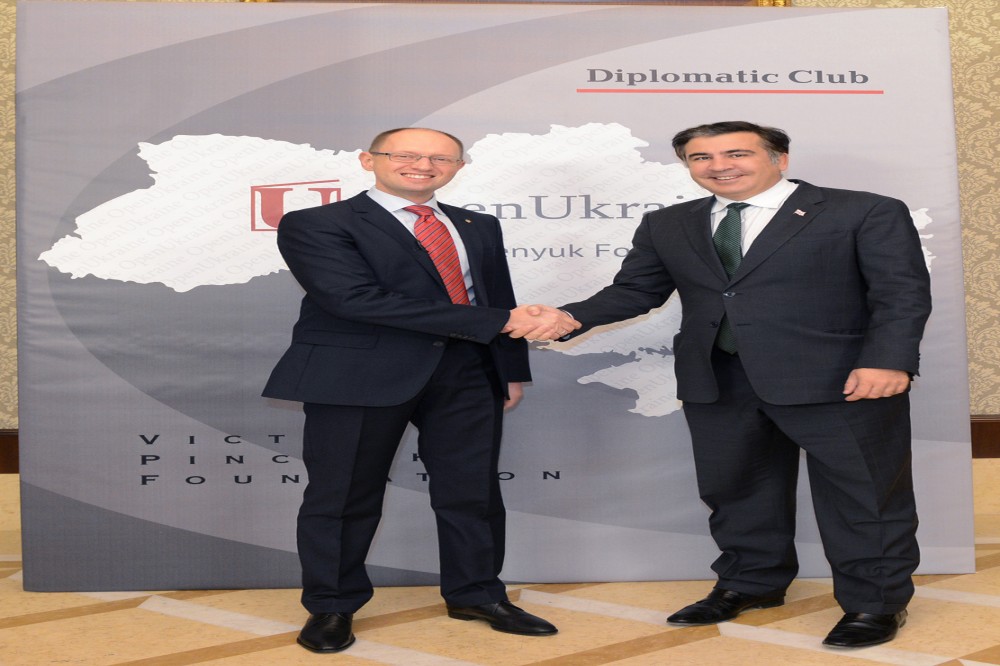 Mikheil SAAKASHVILI at the meeting of the Diplomatic Club: The only way of development is the way to Europe

European integration is the only way of development of both Georgia and Ukraine. This was announced by Georgian President Mikheil SAAKASHVILI. during the meeting of the Diplomatic Club “Region at a crossroads: the European perspective for Ukraine and Georgia” organized by Arseniy Yatsenyuk Foundation “Open Ukraine”.

Mikheil SAAKASHVILI noted that “to be part of Europe it is not only a way of thinking, it is also a way of political life”: “Europe is not perfect, but it's better than where we are coming from,” said the President of Georgia.

Responding to a question about the persecution of his colleagues after change of government in Georgia, Mikheil SAAKASHVILI said: “Political issues cannot be solved through arrests. This is the road to nowhere. It is inertia of the Soviet past, when everybody could have been hidden in prison and written off.”

Founder of Foundation “Open Ukraine”, Chairman of the Joint Opposition “Batkivshchyna”Arseniy YATSENYUKk, who attended the Diplomatic Club, stressed that political persecution in Ukraine, in particular the imprisonment of Yulia Tymoshenko, “has opened Pandora's box.”

“Then the voter will demand vendetta. They will demand from the new government to do the same, as did the old government against political opponents. And when this process begins, it can lead not only to war of political elites, but huge public opposition,” emphasized Arseniy YATSENYUK.

“Ukraine and Georgia have common past, common present, common future. We have common path - the path of success and development,” noted Mikheil SAAKASHVILI.

Diplomatic Club with the President of Georgia was held in conjunction with the Graduates Club of the Institute of International Relations.