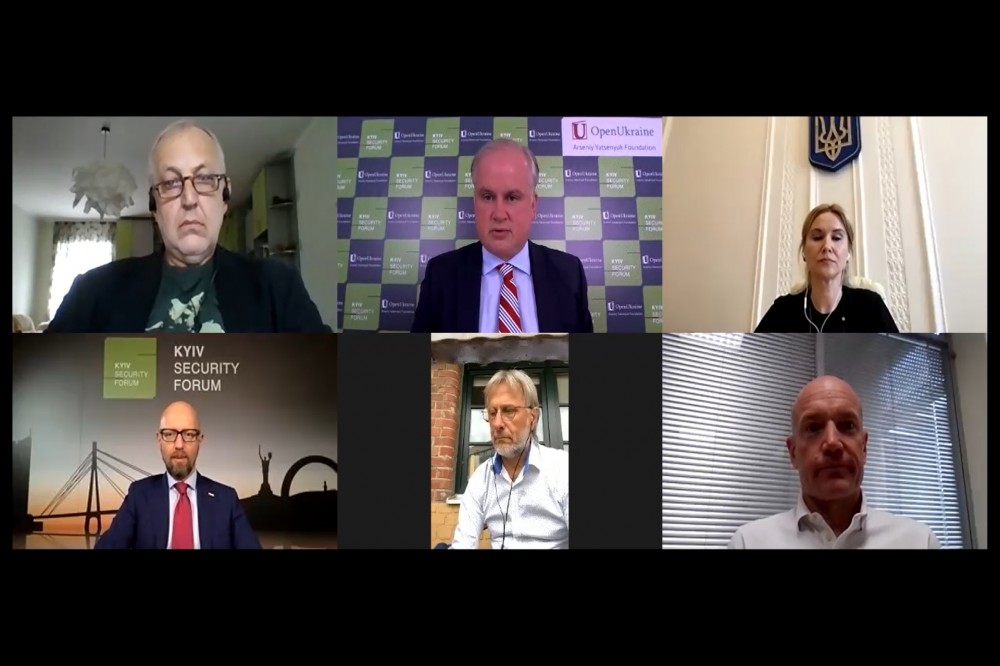 Politicians, economists, businessmen and journalists summed up the results of the first half of the year, assessed how effectively the government is fighting new challenges, and said what awaits Ukraine ahead during the Kyiv Security Forum online discussion "About the Results and Consequences."

The moderator of the discussion, ex-Deputy Foreign Minister of Ukraine Danylo Lubkivsky, stressed that the political crisis in Ukraine is a real fact.

Vice-Speaker of Parliament Olena Kondratyuk noted that the new Ukrainian government did not live up to most of the expectations placed on it by voters. In particular, people have not seen the end of the era of poverty. She also said that the parliament did not take part in forming the government, it was formed by President Volodymyr Zelensky.

Arseniy Yatsenyuk, Chairman of the Kyiv Security Forum, Prime Minister of Ukraine in 2014-16 stated that next year could be a year of early parliamentary elections. Ukraine should have a broad opposition group that controls the government and does not allow to change the democratic and European agenda of Ukraine. He also noted that If the government does not appoint an independent head of the NBU and quits the program of the International Monetary Fund, the entire budget will be called in one word - default.

Former Chairman of the Board at Raiffeisen Bank Aval Volodymyr Lavrenchuk stated that Ukraine's economic model is largely based on the shadow economy. He also assessed the policy pursued by the National Bank in recent years.

Chief Executive and founder of Dragon Capital Tomas Fiala stressed that the government's attempts to influence the monetary policy pursued by the NBU may end in the devaluation of the hryvnia and inflation. He also spoke about the initiatives of some ministers, whose incompetence is intimidating. He also spoke about whether Ukraine should expect new loans from the IMF.

Editor in Chief at National Public Broadcasting Company of Ukraine Yurii Makarov said that today in Ukraine there is a delegitimization of the state. He stressed that countering Russian information aggression should be among the priorities of politicians.