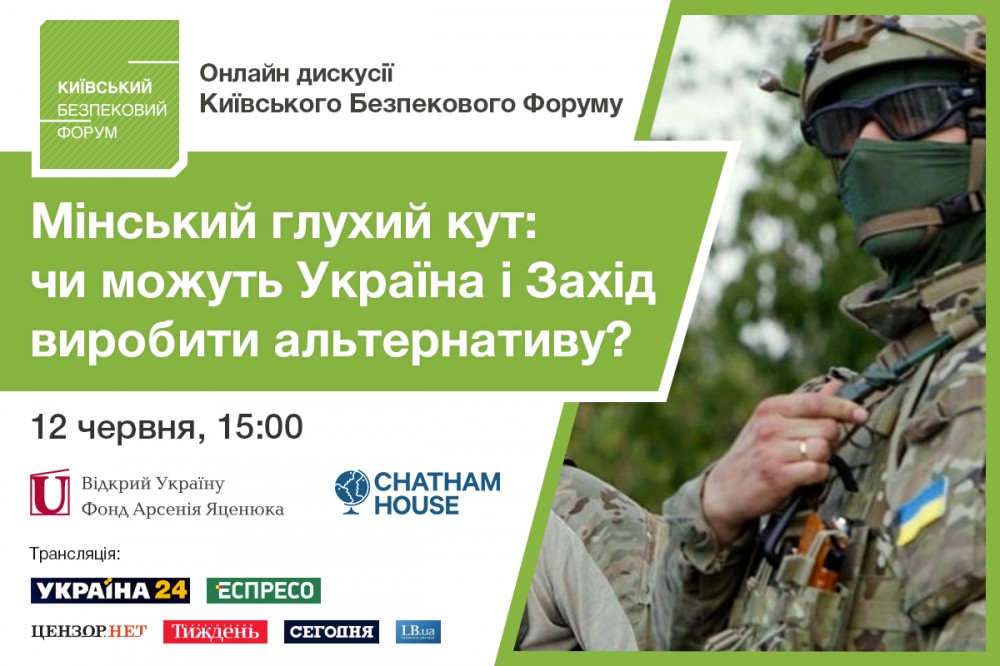 The Minsk Conundrum: Western Policy and Russia’s War against Ukraine

New Kyiv Security Forum online discussion organized in partnership with Chatham House, devoted to the international negotiation process for the deoccupation of the Ukrainian territories occupied by Russia will be broadcasted on June 12, 2020 at 3 pm.

Chatham House recently presented a research paper by Duncan Allan "The Minsk Conundrum: Western Policy and Russia’s War in Eastern Ukraine" Author emphasizes on: "The Minsk agreements of September 2014 and February 2015, which sought to end Russia’s war in eastern Ukraine, rest on two irreconcilable interpretations of Ukraine’s sovereignty – what could be called the ‘Minsk conundrum’: is Ukraine sovereign, as Ukrainians insist, or should its sovereignty be limited, as Russia demands?"

The online discussion will revolve around these key issues.

Oleksii Reznikov, Vice Prime Minister of Ukraine, Minister for Reintegration of the Temporary Occupied Territories, member of Security and Defense Council of Ukraine, Deputy of the Head of delegation in the Minsk trilateral contact group;

Arseniy Yatsenyuk, Chairman of the Kyiv Security Forum, Prime Minister of Ukraine in 2014-16;

Danylo Lubkivsky, former Deputy Foreign Minister of Ukraine and member of the Board of Open Ukraine Foundation (moderator).

Please join us for the broadcast on June 12 at 3 pm on: