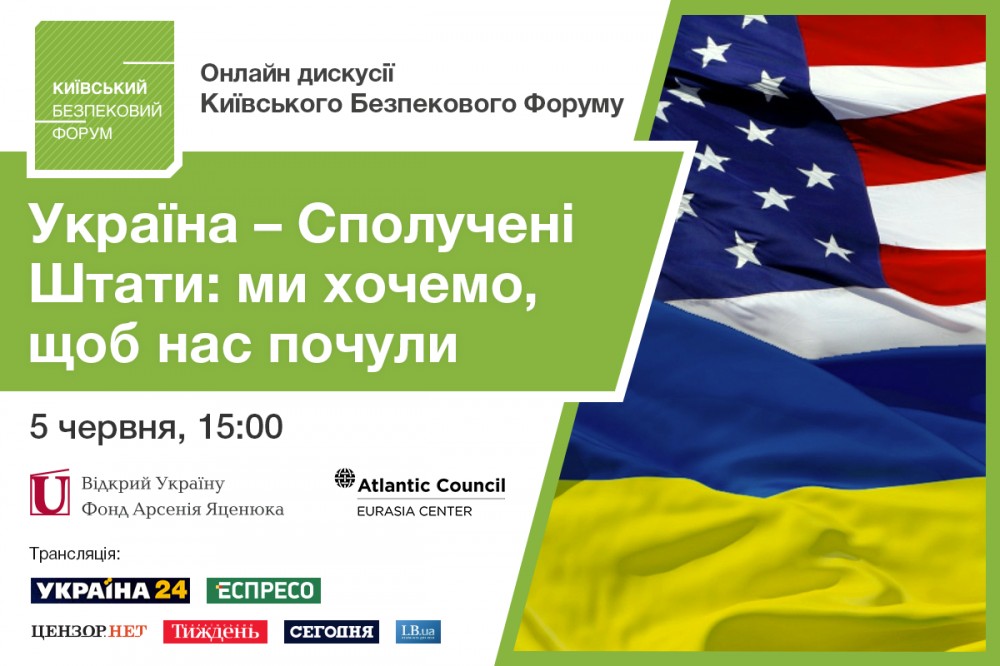 Ukraine – United States: We Want to Be Heard

New Kyiv Security Forum online discussion organized in partnership with the Atlantic Council, will be broadcasted on June 5, 2020 at 3 pm.

The conversation of politicians, diplomats and experts is devoted to the most important problems of Ukrainian-American relations.

On May 24, in response to the initiative of the Kyiv Security Forum, dozens of prominent Ukrainians signed the statement to politicians and nations in both countries about the importance of protecting the Ukrainian-American strategic partnership from hostile provocations and divisions.

A statement issued by seven former United States ambassadors to Ukraine calling to counter attempts to harm our partnership, was a response to the mentioned above initiative.

This exchange of messages is a unique connection across the Atlantic, which emphasizes our solidarity in these challenging and difficult times.

The online discussion will revolve around these key issues.

John Herbst, Ambassador Extraordinary and Plenipotentiary of the United States to Ukraine (2003-2006), director of the Atlantic Council’s Eurasia Center;

Celeste Wallander, Special Assistant to the President and Senior Director for Russia/Eurasia on the National Security Council (2013-2017), Deputy Assistant Secretary of Defense for Russia/Ukraine/Eurasia (2009 to July 2012);

Ivannna Klympush-Tsintsadze, Chair of the Parliamentary Committee on Integration of Ukraine to the EU;

Arseniy Yatsenyuk, Chairman of the Kyiv Security Forum, Prime Minister of Ukraine in 2014-16;

Danylo Lubkivsky, former Deputy Foreign Minister of Ukraine and member of the Board of Open Ukraine Foundation (moderator).