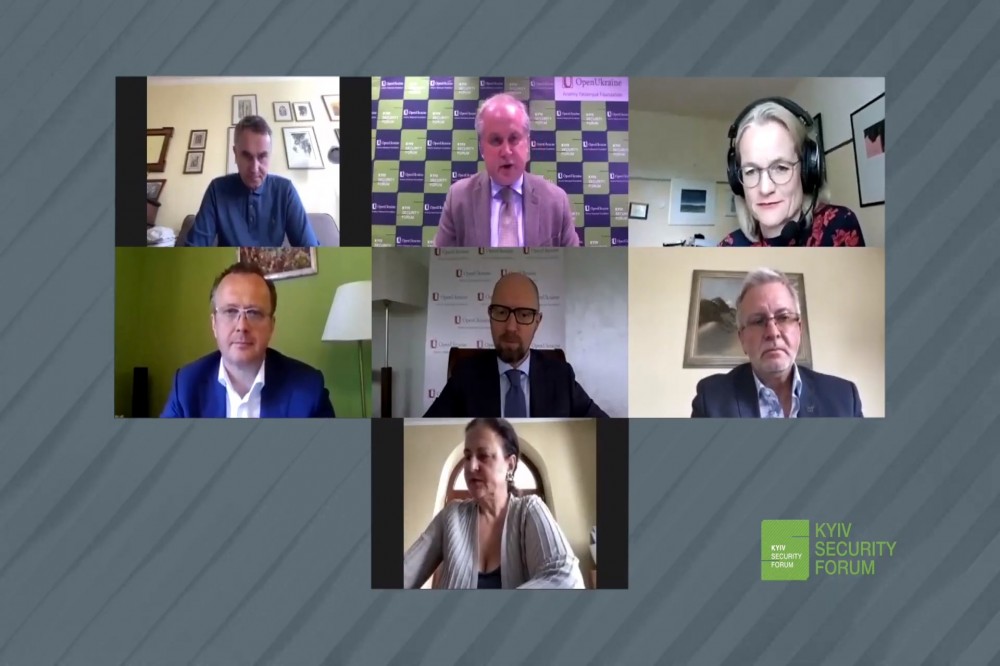 Participants of the Kyiv Security Forum: Ukraine Must Continue Reforms, and the European Union Must Provide More Support

The Ukrainian government must continue to pursue reforms, otherwise there is a risk of losing the gains of recent years. Instead, the European Union must provide greater support to Ukraine, both politically and financially, especially in the face of ongoing military aggression by Russia, was stated stated during Kyiv Security Forum online discussion "Ukraine - EU: How to Prevent Imitation of Transformations and Achieve More?” by leading European politicians who shape the EU agenda for Ukraine.

Danylo Lubkivsky, former Deputy Foreign Minister of Ukraine and the member of the Board of the Open Ukraine Foundation named three main reasons that hinder Ukraine's further progress towards integration with the European Union.

European Union has to support Ukraine more actively because of the Russian aggression and to apply a very clear principle - "first neighbor - first,” Petras Auštrevičius, Vice-Chair of the Delegation to the EU-Ukraine Parliamentary Association Committee said.

Arseniy Yatsenyuk, Chairman of the Kyiv Security Forum, Prime minister of Ukraine in 2014-16 emphasized that Ukrainian people has already made the choice - big, united Europe and will achieve this goal.He mentioned four pillars, primary goals for the cooperation between Ukraine and the European Union: EU membership perspective, strengthening of economic and energy cooperation, NATO membership perspective and strengthening of sanctions against Russia.

Katarina Mathernova, Deputy Director-General of the Directorate-General for Neighborhood and Enlargement Negotiations of the European Commission reassured Ukrainians that there was no link between the visa-free regime and the pandemic.

Instead, the European Union calls on Ukraine to continue the reform process, otherwise there is a risk of losing the positive gains of recent years. Katarina Mathernova, Deputy Director-General of the Directorate-General for Neighborhood and Enlargement Negotiations of the European Commission compared Ukrainian reforms with a bicycle.

European Union wants that money they invest into Ukraine "served the people and not a small group of people, not some particular oligarchs and not friends of the government,” Viola Von Cramon-Taubadel, Vice-Chair of the Delegation to the EU-Ukraine Parliamentary Association Committee said.

Ostap Semerak, politician and former Co-chair of Ukraine-EU Association Parliamentary assembly expressed regret that European integration is not one of the priorities of the President and Parliament today.