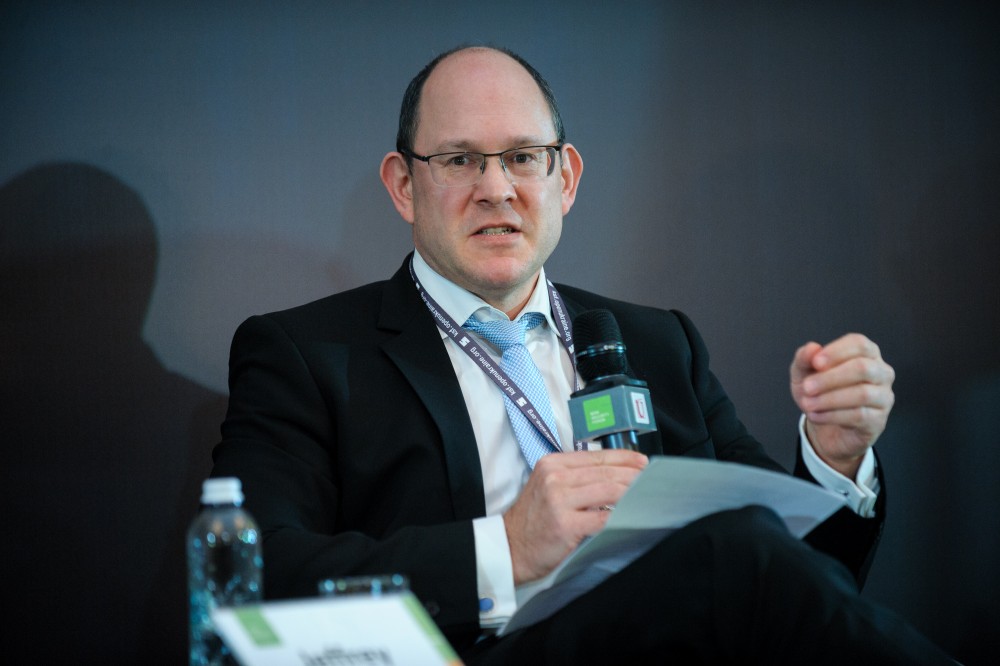 Jeffrey Erlich: the OSCE is the only organization monitoring the conflict in the Donbass

Senior Project Officer of OSCE Project Co-ordinator in Ukraine, Jeffrey Erlich, noted that despite the criticism, the OSCE is still the only organization monitoring the conflict in the Donbass. He spoke about this at the 7th Youth Kyiv Security Forum, organized by Arseniy Yatsenyuk Open Ukraine Foundation.

"The special monitoring mission receives a lot of criticism, partially justified, partially, in my opinion, not justified. Either way, the OSCE is still the only organization monitoring this conflict", – emphasized Erlich.

According to him, the OSCE currently has three missions in Ukraine: the special monitoring of the conflict in the Donbass, the OSCE Project Coordinator’s mission, and the dispatch of observers to the presidential elections.  The organization also plans to send observers to the Verhovna Rada elections. In addition, there are three OSCE institutions in Ukraine that monitor the observance of human rights, the media, and national minorities.

He noted that because of the large number of members – 57 countries – the OSCE struggles with coming to a consensus on a lot of issues, even the most basic. "The OSCE has five official languages, all of them get translated into Russian and it is not certain whether it is "in Ukraine" or "on Ukraine"", – he gave an example.

The organization still hasn’t been able to clearly define its position on the events in Ukraine in 2014. However, despite a number of issues, Erlich believes that his organization is capable of making quick decisions and dealing with issues that other organizations aren’t.