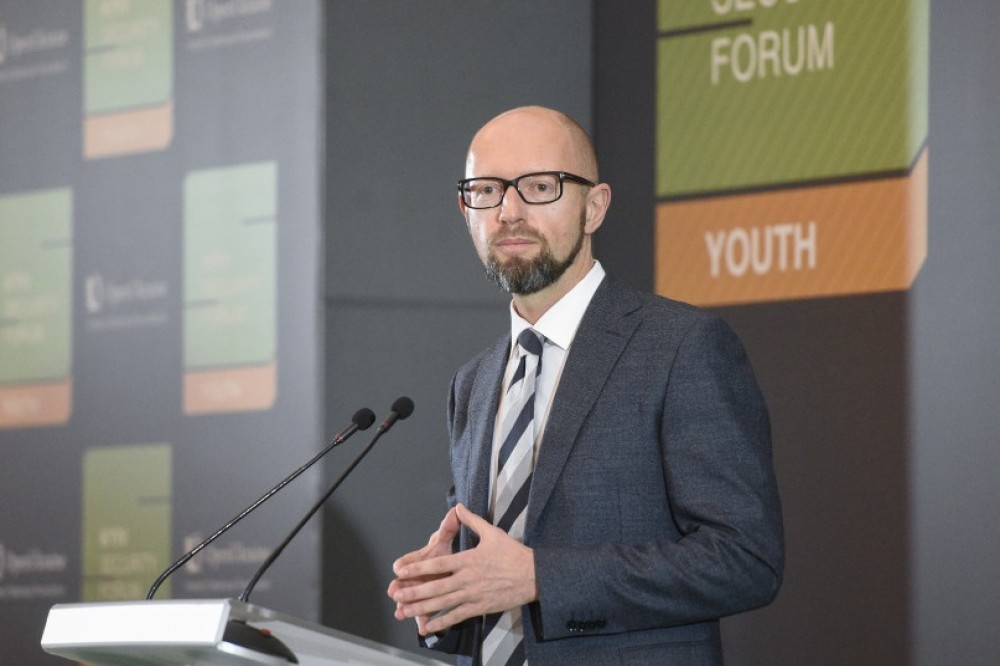 Arseniy Yatsenyuk: The trends of global anarchism might have severe consequences

"Many seem to believe that politics is just a hobby. Others that politics is just a big show. Everyone wants to have some fun at the presidential elections. The consequences are too costly and too severe for the state, – said the leader of the Narodnyi Front (People’s Front) political party Arseniy Yatsenyuk, at the opening of the Youth Kyiv Security Forum on the 21st February.

He emphasized that the issue of "Brexit", that still hasn't been resolved, was a "very serious blow to the exemplary work towards European unity done after the second world war": "The European Union is not in an easy situation".

Using the results from previous elections of many EU nations as an example, the leader of the Narodnyi Front (People’s Front) stressed that there is a global tendency towards "anti-establishment" and the "abolition of the political class as it exists today": "I call it a new form of global anarchism".

"Global anarchism – this is when the agenda poses the issue: the state is not needed. "Rights are a very relative category". The courts? "We will judge for ourselves". Security function? "We will handle it ourselves". Democracy as such? "What is democracy, really?". We came together, a thousand of people – we are democracy. And what about the elections, with representative democracy?", – he stressed.

"Politics is a profession, and matters of the state are the top priority of this profession", – said Aresniy Yatsenyuk.