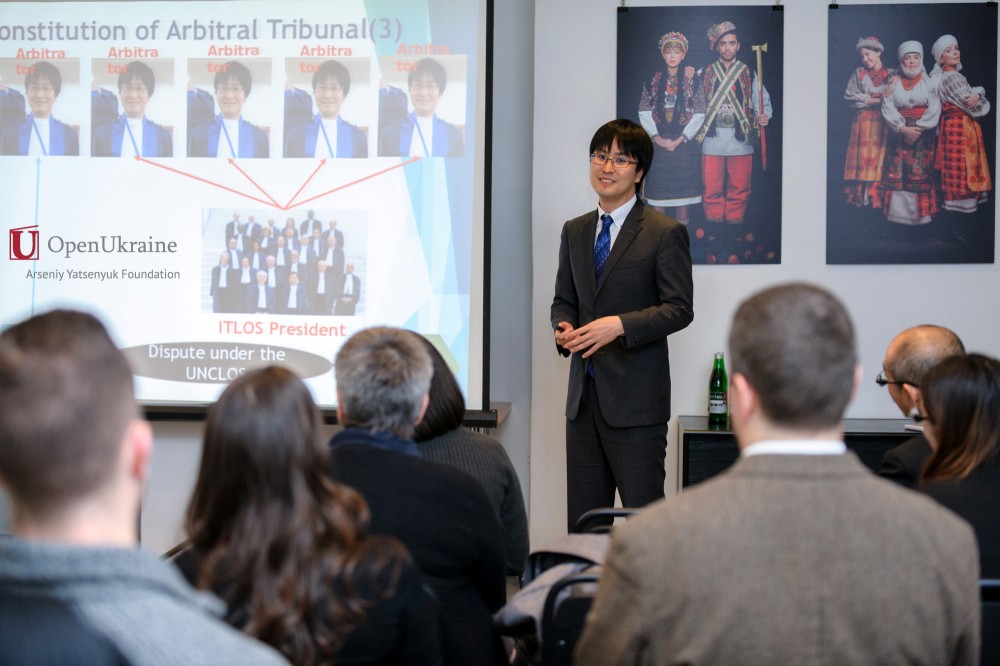 On Friday, November 16 Discussion Club "Open World" with an Associate Professor at Yokohama University, expert on International Sea Law Makoto Seta was held in Ukrinform. The topic was: "The Rule of Law in the Oceans and the Situation in the East Asia". The meeting was organized by Arseniy Yatsenuyk Open Ukraine Foundation and the Embassy of Japan in Ukraine.

Dispute Settlement System under the UNCLOS; situation in the East Asia which involves South China Sea Arbitration and East China Sea Issue; International Rule of Law were discussed during the event.

Japanese Professor thinks that Ukraine has high chances to win the litigation against Russia for violation UN Convention on the Law of the Sea.

"The majority of information about the arbitration between Ukraine and Russia is still unavailable for the society. As far as I know, the Ukrainian litigation also claims on the violation at the Kerch Strait and the legal status of Sea of Azov. I think Ukraine has good chances in the court against Russia", – stressed Professor.

Discussion Club "Open World" is an educational project of the Arseniy Yatsenuyk Open Ukraine Foundation for socially active young people. Its goal is to raise a new generation of responsible leaders. Every month the Foundation holds lectures with renowned experts, politicians and public figures, during which they discuss ways of effective solutions to social problems in Ukraine and in the world.