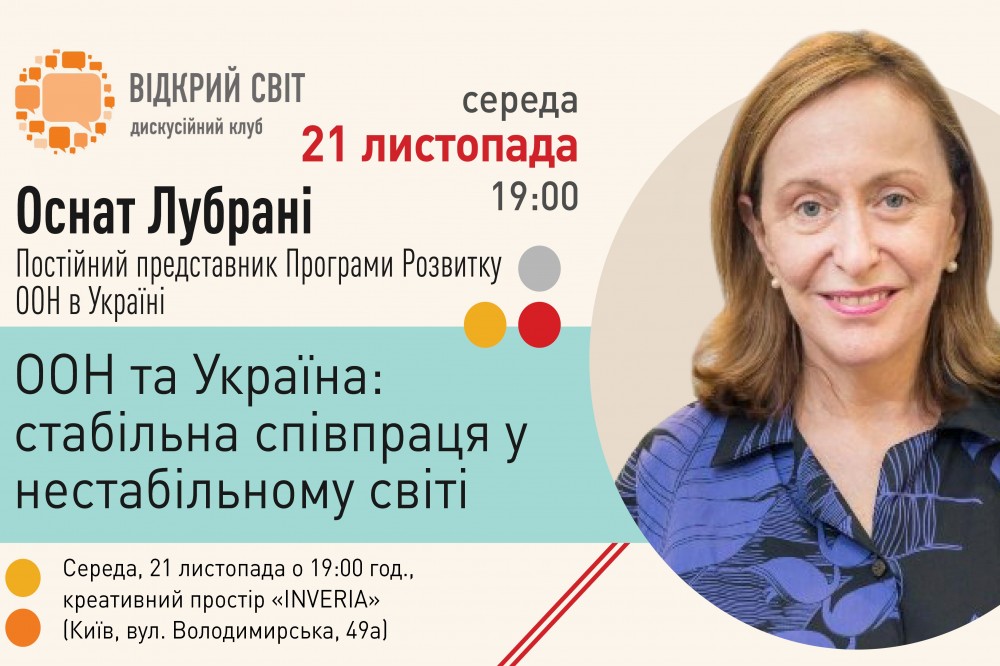 The event topic is "UN and Ukraine: stable cooperation in an unstable world".

The meeting will take place on Wednesday, November 21 at 7.00 pm at creative space INVERIA (Volodymyrska 49a str.)

Participation in the event is FREE. The registration for the event is required at the following link https://goo.gl/forms/ovZbjmEkOVFLSBnB3 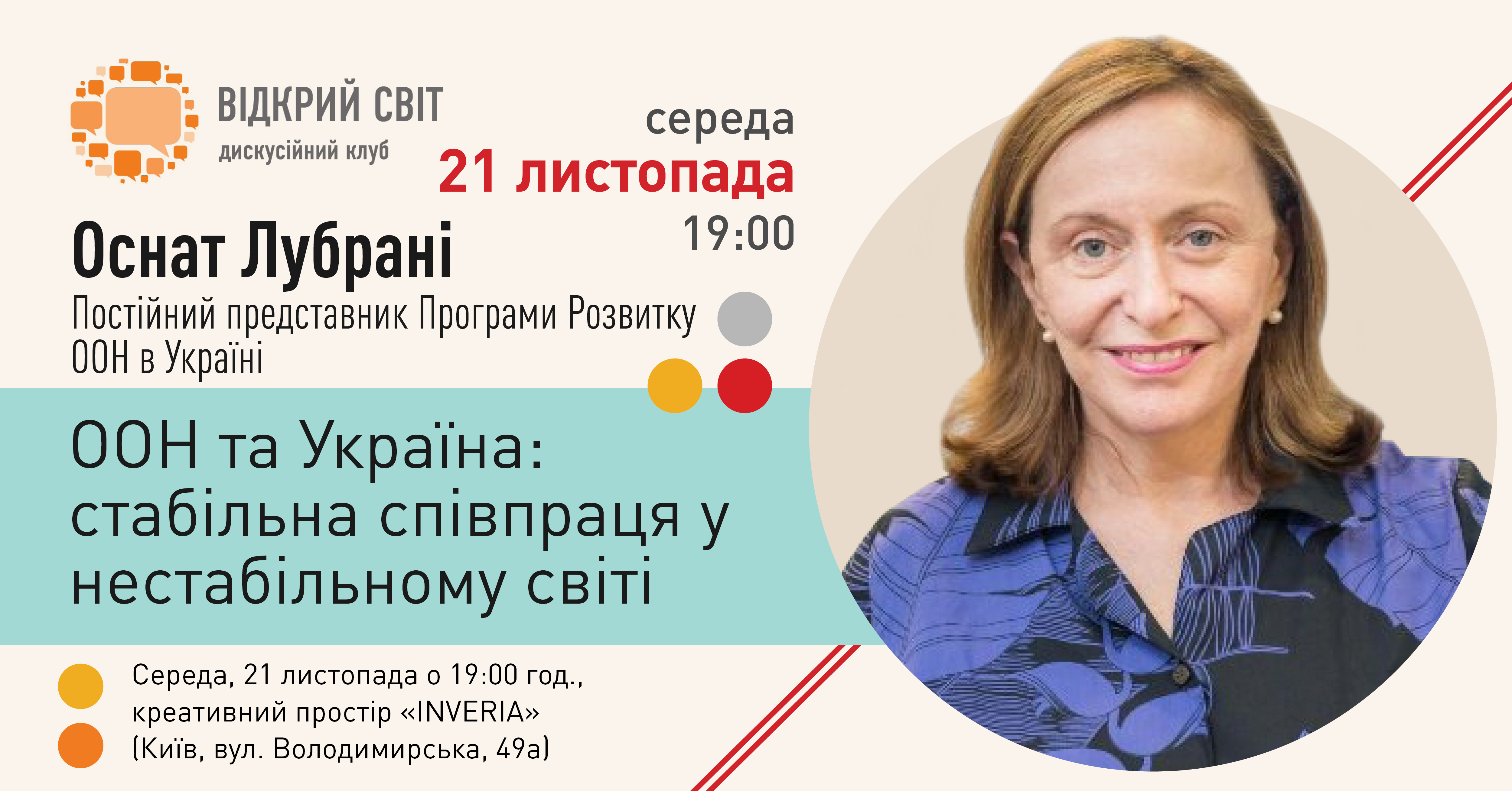 Prior to leading the United Nations in Ukraine, Ms. Lubrani served as UN Resident Coordinator and UNDP Resident Representative for the Republic of Fiji (2013-2018), with multi-country responsibilities for nine other Small Island Developing States (the Federated States of Micronesia, Kiribati, the Marshall Islands, Nauru, Palau, the Solomon Islands, Tonga, Tuvalu and Vanuatu). Since 2014, she was also designated as UN Humanitarian Coordinator for response to several disasters caused by extreme weather events.

Previously, Ms. Lubrani served as the UN Development Coordinator and UNDP Resident Representative in Kosovo (2009-2013), working closely with the UN Special Representative of the Secretary-General overseeing the UN peacekeeping mission in Kosovo (UNMIK). Before that, she was seconded to UNDP’s Bureau for Conflict Prevention and Recovery to support UNDP in the former Yugoslav Republic of Macedonia.

Earlier, Ms. Lubrani held several management positions with UNIFEM in New York Headquarters as well as in the field, including as Regional Director for Central and Eastern Europe, and as Director of the Liaison Office in Brussels.

Before joining the United Nations, Ms. Lubrani was a human rights and development consultant in Rwanda and the Democratic Republic of Congo (then Zaire), and produced and directed documentary films.

Ms. Lubrani is a citizen of the USA and Israel, and is fluent in English, French and Hebrew.