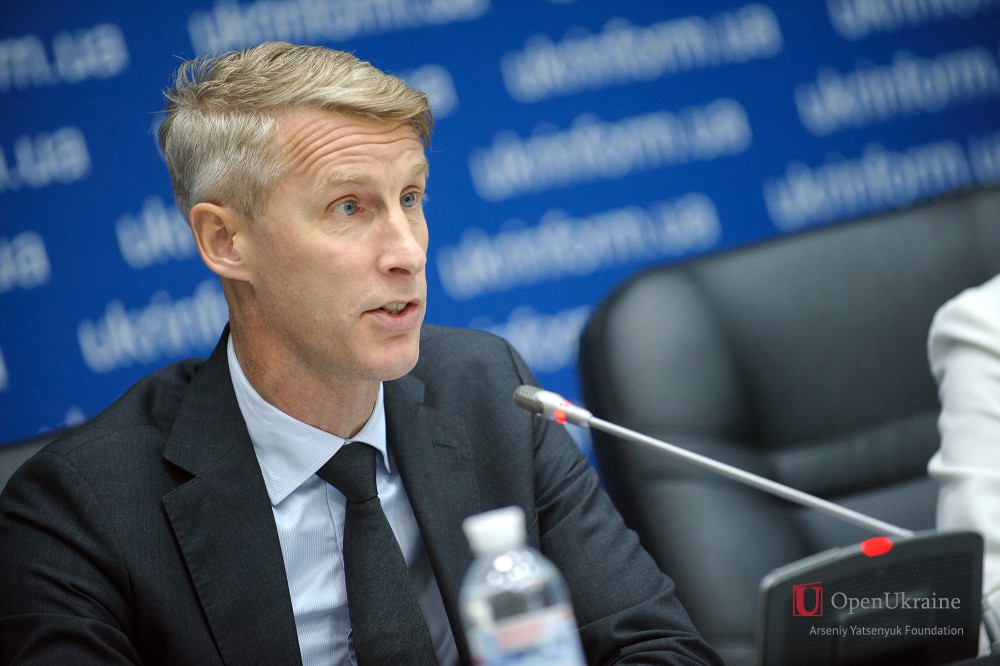 The IMF Resident Representative in Ukraine, Mr. Gosta Ljungman, stressed the importance of preserving the hard-won macroeconomic stability in order to promote growth and prosperity in Ukraine during the meeting in the framework of the "Open World" Discussion Club, organized by Arseniy Yatsenyuk Open Ukraine Foundation.

"Good macroeconomic policies over the past four years have helped reduce economic imbalances and get Ukraine’s economy out of a difficult recession. The Central Bank is doing is doing the right think in focusing on bringing down inflation, and ensuring external balance", - said the IMF Representative. The government has successfully reduced the  fiscal deficit, and public debt is now shrinking, - he added.

Mr. Ljungman also discussed the numerous structural reforms that have been launched since 2014, including financial sector reforms, energy sector reforms and the creation of anti-corruption institutions. He pointed out that it was important to continue with these reforms to strengthen the economy and attract much-needed investment.