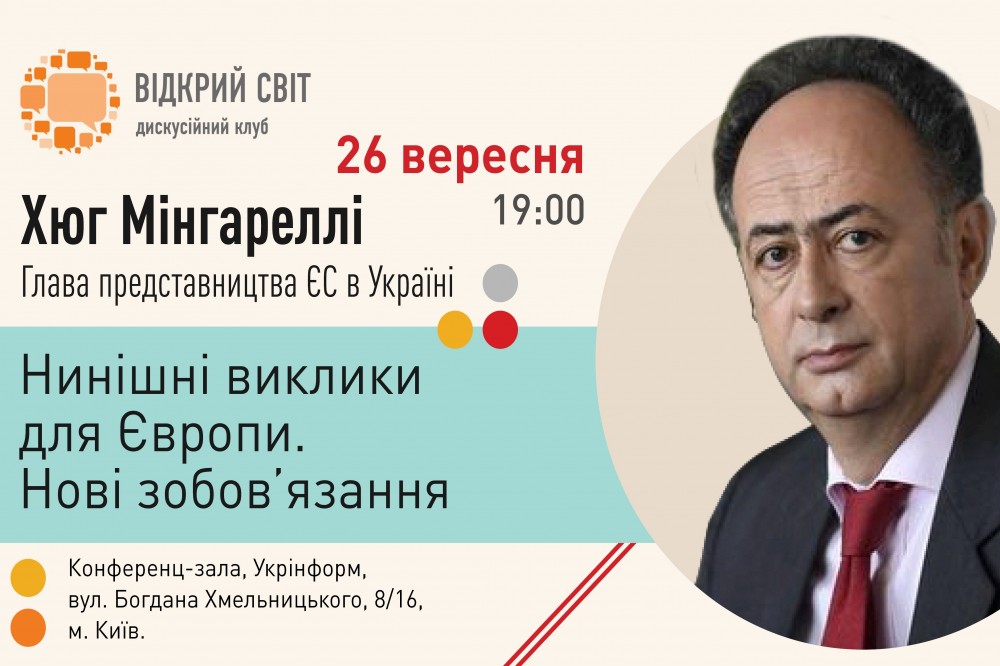 Arseniy Yatsenyuk Open Ukraine Foundation invites you to attend the meeting within the Discussion Club "Open World" with Hugues Mingarelli Head of the EU Delegation to Ukraine. The event topic is "Old challenges for Europe. New commitments".

The meeting will take place on Wednesday, September 26 at 6.30 pm at Bohdan Khmelnytsky str. 8/16, "Ukrinform" near metro station "Teatralna".

The European internal unity towards external challenges, as well as key aspects of Ukraine-EU cooperation will be discussed. 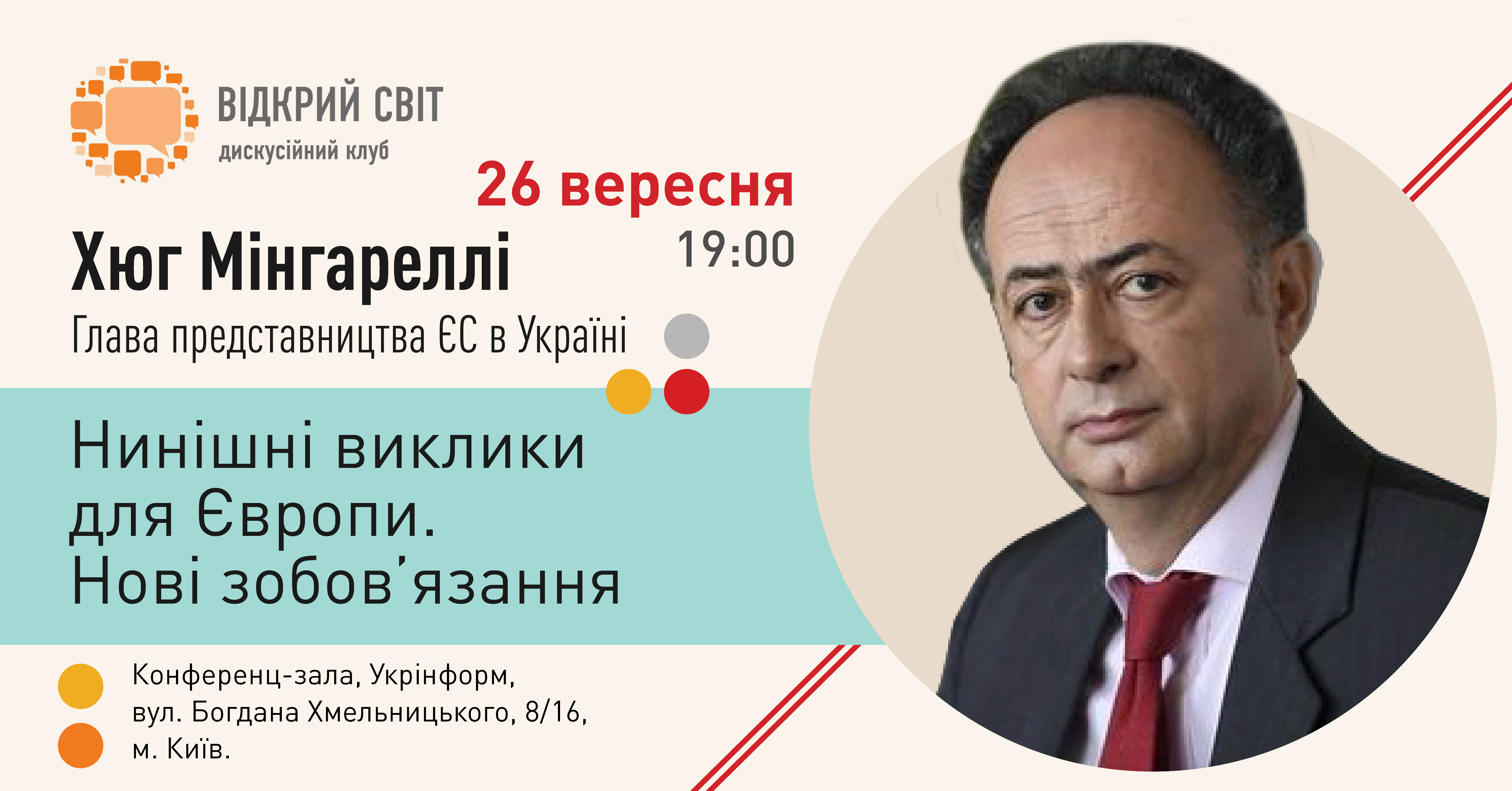 Participation in the event is FREE. The registration for the event is required at the following link https://goo.gl/forms/nBe7Xtry3PX3khcp1

Hugues Mingarelli – EU Ambassador to Ukraine, Head of the EU Delegation to Ukraine (from 2016).

Jan 2000 – Jun 2002: Director of the European Agency for Reconstruction (Management of EU Assistance to Kosovo, Serbia, Montenegro and FYROM)

1990-1999: European Commission – DG RELEX – Head of Unit for the New Independent States (Implementation of the partnership and Cooperation Agreements – Management of the TACIS programme)