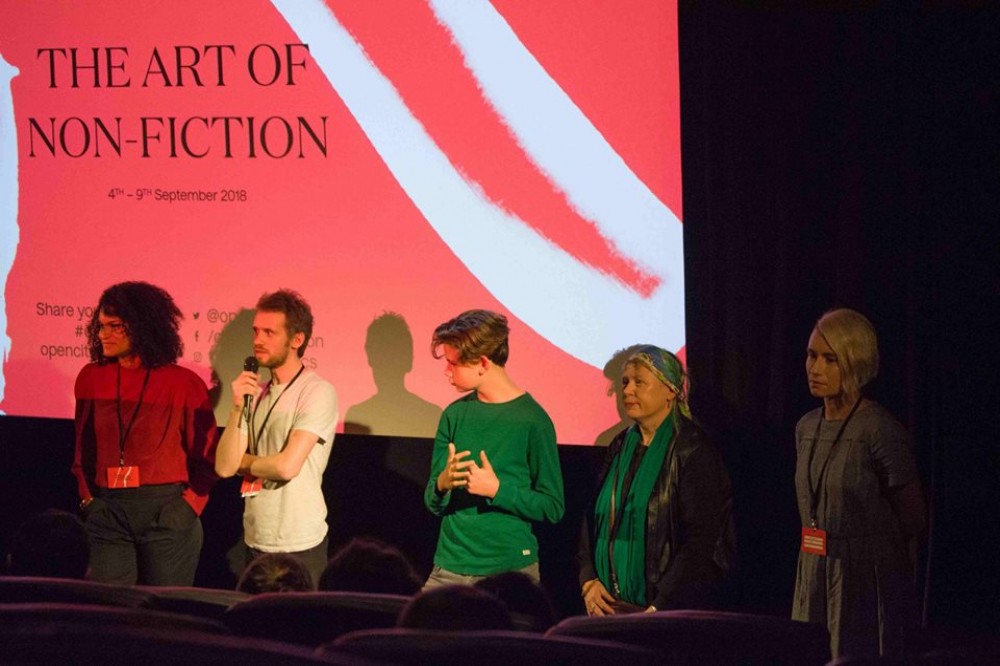 The short film "Ma", directed by Mariya Stoyanova, entered the special program of the festival program "Shorts: Separations". The movie was shown on September 5 at The Prince Charles Cinema. Ukrainian presented the movie and took part in the discussion with the audience during Q&A after the show. It was important and interesting to tell the audience about the context of the movie and the subsequent fate of the movie character.

"Participation in the festival gave me the opportunity not only to present the movie, but also to get acquainted with other latest works of the festival program. Also, I was able to join workshops, professional meetings and other events in the industrial section. In particular, I had the opportunity to discuss the possibility of future cooperation with representatives of British funds", – shares Mariya Stoyanova.

The Open City Documentary Festival is held annually in central locations of London. On September 4-9, 2018, the festival took place for the eight time. As always, the focus was on contemporary creative pioneering documentaries, presented by participants from all over the world.

Mariya Stoyanova noted that the trip to the festival was extremely important for her professional development, popularization of the movie, but not less important was the presentation of Ukraine at such event.

Maria Stoyanova is a Ukrainian documentary director. After graduating from the Kyiv-Mohyla Academy, specializing in Cultural Studies and the Central European University, specializing in Social Anthropology, she worked at various positions within the movie industry. She Participated in workshops for young cinematographers, later she studied at the film school of Sergii Bukovsky. She shot three short movies: "Exarkh" (2014), "Expedition" (2017) and "Ma" (2017).