Ukrainian participated in a festival of ancient music in Italy

Ukrainian vocalist Vadym Danshyn became a participant in the Ancient Music Festival  in the city of Urbino, Italy, which took place on July 19-28, 2018. Arseniy Yatsenyuk Open Ukraine Foundation supported the singer by providing a travel grant for a trip to Italy.

"I was invited as a participant in the workshop of Maestro Alessandro Quarta and a participant in the final concert of the festival, which performed the opera E. Cavalieri "Rappresentazione di Anima e Corpo" ("Representation of the soul and body"). In the opera, I performed solo (Cursed Soul) and participated in the choir. This performance brought together musicians from many European countries. For most solo parties were invited Italian soloists, such as: Francesca Aspromonte (Soul); Mauro Borgioni (Body); Luca Cervoni (Intellect), etc.", – shared Vadim. 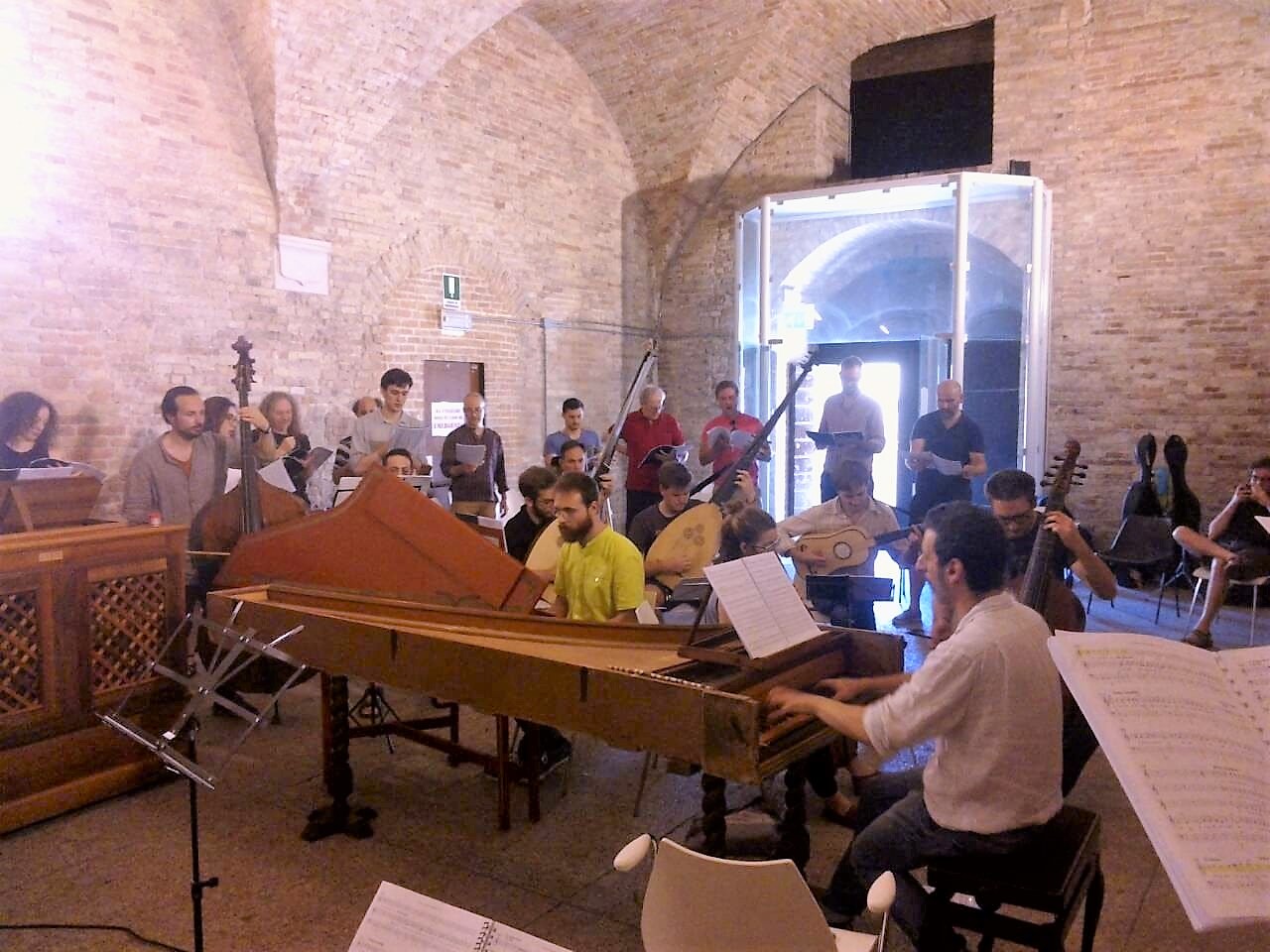 The Ancient Music Festival in the city of Urbino is an annual event that unites not only musicians from Italy but also from all over the world. This year it included not only daily concerts, but also workshops of famous experts and professionals in the field of performing ancient music (vocal and instrumental).

As part of this trip, the Ukrainian representative obtained new professional skills, experience performing with leading professors and musicians in the field of ancient music. He also received a high praise from Alessandro Quarta and other musicians.

– I was lucky to attend the concerts of the festival, which gave me a new spectator experience and new acquaintances with famous musicians. I am very proud to represent Ukraine at such an outstanding event, – summed up the artist.

Vadym Danshyn (bass / baritone) – an artist of the National Honored Academic Choir "Dumka", he traveled with tours to Germany, France, Italy, Poland, Israel. In 2010 he graduated from Tchaikovsky National Academy of Music (conductor-choral faculty, class of People's Artist of Ukraine V.V. Petrychenko). During his studies he performed as a soloist and artist in the KPI Choir in Slovakia and Belgium.

In 2008, he became one of the co-founders of the vocal ensemble of ancient music Vox animae, as a soloist and participant of the ensemble, he studied the ancient (Renaissance and Baroque) manner of singing and participated in numerous concerts and festivals.

In 2012 he became a winner of the V All-Ukrainian Choral Conductors Contest. Among his solo performances are: Bach-fest (2010-2017), International Easter Assembly (2011-2016), International Festival of Ancient Music in Utrecht (The Netherlands, 2012), projects Fur Kenner und Liebhaber ( for experts and amateurs) led by S. Shabaltina, "Classics on Fridays" of the cultural and educational center "Master-class", the festival "Shoko-classic", concerts in the National House of Organ and Chamber Music, Lutheran Church, St. Alexander Roman Catholic Church, Tchaikovsky National Academy of Music, etc.

In 2017, as a vocalist and the vocal ensemble participant, he participated in the independent opera project of NGO Open Opera Ukraine, which performed in the fall a stage production of G. Persell's Baroque opera "Dido and Aeneas" in the aesthetics of historically informed performances (performances in Lviv, Sumy and Kyiv).