The Ukrainian poetess presented her works at the Poetry Africa festival 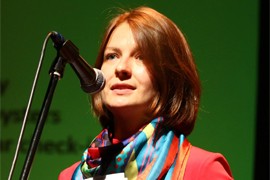 On October 16-21, 2017, the poetess from Ukraine Oksana Rosumna (pseudonym Oksana Kutsenko) took part in the international Poetry Africa Festival that is one of four festivals from the Center for the Arts at the University of Kwa-Zulu Natal in Durban of South Africa. This festival takes place 21 years in a row, but Ukraine became its participant for the first time.

The Arseniy Yatsenyuk Open Ukraine Foundation supported Ms. Oksana and provided her a travel grant for a trip.

Overall, 18 poets from different countries such as South Africa, Nigeria, Zimbabwe, Reunion, Spain, Ukraine, the Netherlands and the United States were invited to the event. Participants perform in English and read poetry both in English and in national languages.

«Every evening, during the week we had performances in the Elizabeth Sneddon theater in a hall for 400 seats, that sometimes was completely filled. In addition to the evening performances, each of the poets had his own map of performances in different audiences. In particular, there were performances at the University of Kwa-Zulu Natal at the Department of English Literature and before the students of the Isisului studies faculty among my events. Also, I  had the privilege to speak before the students of the senior school in the suburb of Bechet. These events were aimed at motivating reading and writing of their own works among students and senior pupils. I also considered my mission as a narrative about Ukraine and its culture, as most young South Africans do not know where our country is on the map,» - Oksana Rosumna shared.

According to Oksana, the meeting with the Director of the Center for the Arts of the University of Kwa-Zulu, Natal Chipo Zhou, on the prospects for Ukrainian artists to participate in the Center's international events became particularly important for her.

«As a curator of the Ukrainian-African literary project «I will be waiting for you under the kaise-dra», I am very interested in the translations of Zulu, Kos, Tswana, Tsotsong poets from their languages into Ukrainian and Ukrainian into the languages of these peoples living in the South Africa and in particular in the province of Kwa-Zulu,» - Oksana added. 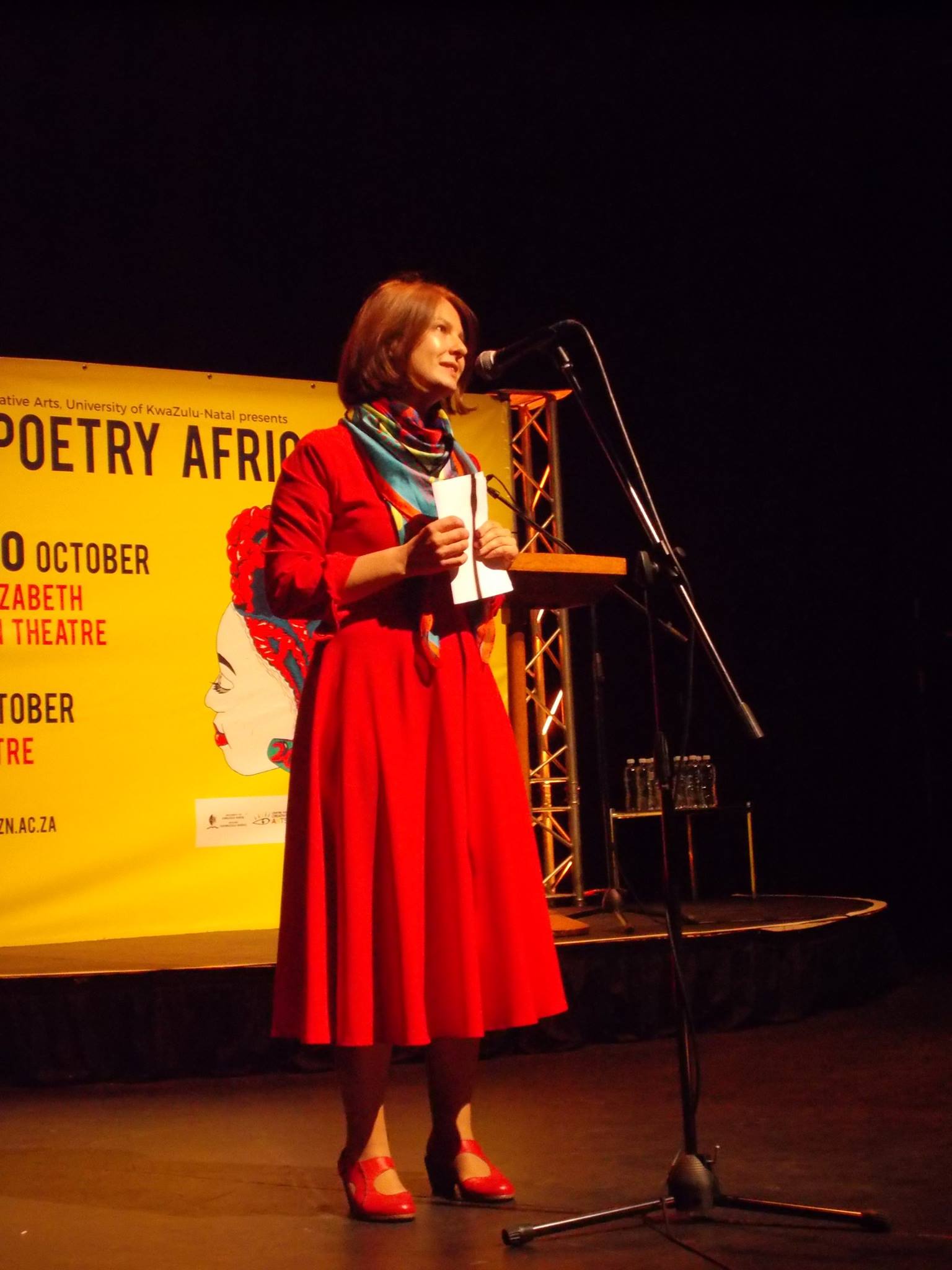 She believes that one of the prospects for future cooperation may be the participation of the «Sand» performance created within the framework of the project «I'll wait for you under the kaise-dra» on the basis of contemporary Ukrainian and African poetry, at one of the future festivals of the Center of Arts. Its new format is important because a collaboration between Ukrainian and South African artists is expected.

Oksana Kutsenko (Rosumna) is a poetess, curator of artistic projects, cultural researcher. She was born in 1975 in Oster, grown up in Chernihiv and now lives and works in Kyiv. Oksana is the author of the books of poetry «In the winters of desires» (1996), «Ballet school» (2007), «Dolls» (2016), the storybook for children «Stuffed apples» (2015), translated a book of poetry by Senegalese poet Leopold Sedar Senghor «Singing from the Slums» (from French). She is also the author and curator of the project «I'm waiting for you under the kaise-dra», in which the works of poets from different countries of Africa are translated into Ukrainian, the curator of the performance project «Sand», created on the basis of poetry of modern Ukraine and Africa by contemporary dance and ethnic-theater «Divina». The initiator of literary exchanges between Ukraine and South Africa. Participant in literary reading at the National Museum of English Literature in Grechestown (March 2017) and the Poetry Africa Festival (October 2017).

The Open Ukraine Foundation provides travel grants for travel costs for Ukrainian artists to exchange artistic experience at the international level and to improve cooperation between Ukrainian and foreign artists. These grants give Ukrainian artists the opportunity to present their achievements around the world.