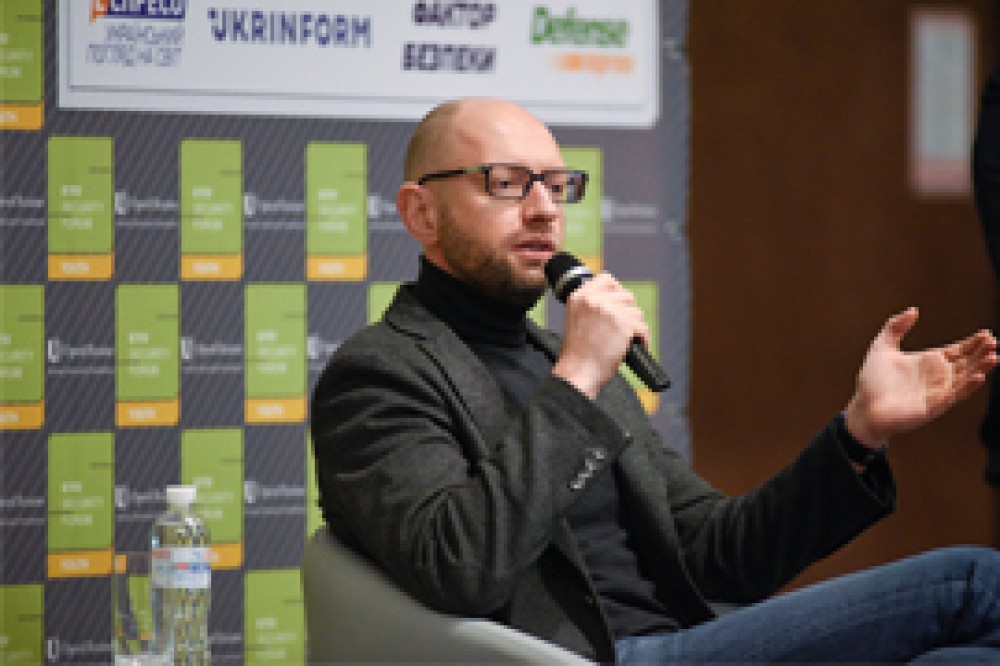 Arseniy Yatsenyuk: «There is no alternative to NATO»

«The Alliance always was and always will be the single most effective safety system in the world» - the leader of the«People`s Front» Yatsenyuk said during the 5th Kyiv Security Forum for Youth, organized by the Open Ukraine Foundation on 9 February.

He noted that the discussion on the future of NATO started first of all during the presidential race in the United States is still continued in the world.

«The Alliance always was and always will be the single most effective safety system in the world. Yes, it needs to be modernized, and it is natural because, in order to be stronger and better, we must evolve and conform to modern realities and current challenges. But there is no alternative to NATO», - he said.

Arseniy Yatsenyuk said that Ukraine's membership in the European Union and NATO is a foreign and domestic policy priority: «If someone thinks that it is a short and easy way - it is not true. We must make incredibly difficult steps. The shortest way of Ukraine to NATO is a modernization of the Ukrainian armed forces and bringing them into full compliance with the standards and criteria of NATO countries».

The leader of the «People`s Front» underlined that Ukraine is practically the only country among the European countries that spend more than 5% of GDP to finance the army: «The reason is quite clear. The reason for this is the military aggression of Russia against Ukraine. Russia illegally annexed Crimea, Russia sent its troops to Donetsk and Lugansk. And that Russia wants is to redraw the borders of Europe, that were established after the Second World War».

Arseniy Yatsenyuk reminded that in 2008, when he was a speaker of the Parliament, Ukraine refer to NATO to obtain a Membership Action Plan: «It was a lengthy discussion, in which Ukraine has not received an action plan for NATO membership. But what was the result the world received? The world received the Russia's aggression towards Georgia. It was a response to the failure of Ukraine entry to the Alliance».

He appealed to Western partners: «Ukraine's membership in NATO is not only the safety of Ukraine, it is the safety of each of the Allies. Because today Ukraine is not a NATO member but protects the borders of NATO member states and the European Union».

Youth Kyiv Security Forum is a platform for discussion by young experts of current issues of international relations and foreign policy of Ukraine. The aim of the forum is strengthening the role of the new generation of experts, enhancing their abilities to participate in the process of policy analysis and development.

Organizer of the Forum is the open Ukraine Foundation.