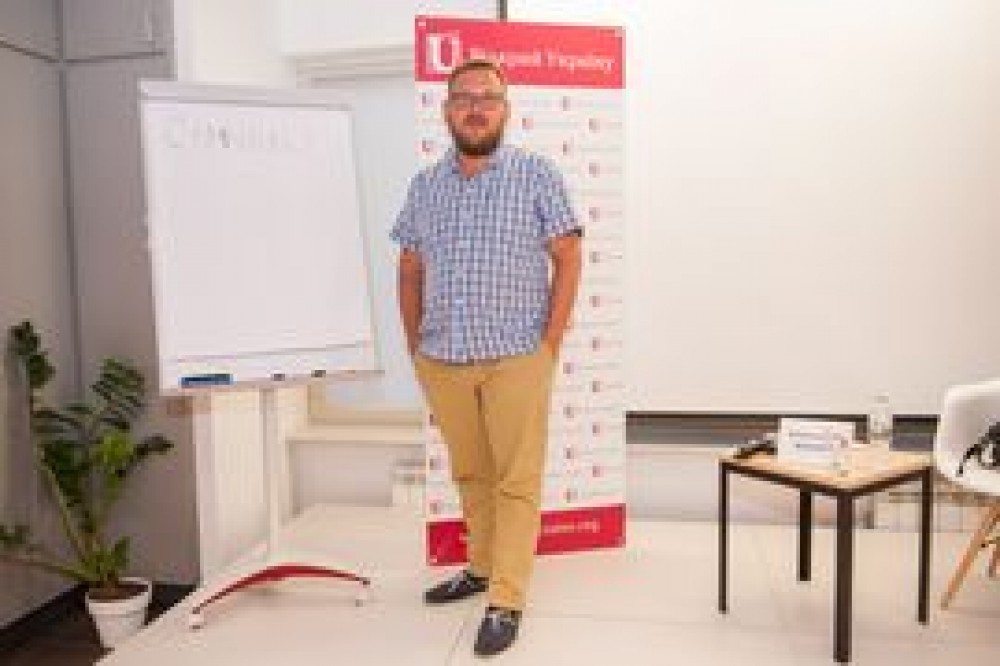 Oleksandr Bilous: «A person can be socialized in the Internet both positively and negatively»

A person is socialized in the Internet. The person can be socialized both positively and negatively. People communicate with each other as using the voice mail, as well as the writing, and during this communication the nature of the written language is changing.

It was said by the Candidate of Psychological Sciences, lecturer of Taras Shevchenko National University of Kyiv Oleksandr Bilous during the lecture on «Behavior psychology of an individual in the Internet».

«Nowadays we see a whole world of so-called «etiquette» in the Internet. Whole smiles systems appeared.  It was found that phrases often do not end by the point. It has emerged that the continuation of  the dialogue with someone shows up with the absence of a point. The point intuitively perceived as «the end», «the end of the conversation. » In non-etiquette form we lost most of the phrases that we have used previously, such as detailed greeting, complex forms of sentences» - the expert said.

However, he said, the Internet is a tool by means of which people receive new information, present themselves, develop imagination, satisfy their social needs.

«There is a  well-known Maslow's concept of needs in psychology. If this concept apply to the Internet and to think how the Internet realize our needs, we will understand that the Internet fulfills all the necessary human needs. It stills our information and sensory hunger, gives us the feeling of security (we are sitting at home and quarreling or arguing with someone and when we are tired of it, we close the laptop and went out, if we are not stupid people and do not hang out in the Internet our home address, the Internet gives us security). The need for communication, which is a social need is the next after security needs. The network gives us the opportunity to communicate endlessly, anytime, with anyone. Social contacts online are very wide and may even grow into a real ones. After social needs the achieving of status is the next. Internet provides this opportunity. People online have equal statuses, that is, in the real world a person can be a student, the CEO, a man who is under house arrest, and they are discussing something somewhere using their nicknames and they have equal statuses. Internet levels out status. Also it does the subject anomy, if  we want we use our real name, real age, real sex and if we want we become someone else», - Oleksandr Bilous said.

He also noticed that  the need of the self-realization may be feasible also thanks to the Internet. «For example, there is the phenomenon of «hacking». But when people began to investigate the hacking and hackers work, they found that this criminal component in their work is scarce. In sources that explore this Internet phenomenon the «hacking» is described as online education. Because talented children want and desire to view different lectures, and as a result acquire knowledge themselves and on their own trying to solve some tasks. For hackers the most interesting is to know how it works, and it does not necessarily to rob. It is important for them, that they understood how the system works and how to protect and penetrate it. Sometimes hackers do it to do something malicious, but very often they are gifted children or youths. Accordingly, adult hackers are criminals who have specific knowledge or worked somewhere in information security system, and then moved to the side of evil. If hackers are young, it is a search interest, the interest of self-discovery. Society have to understand them and give them the support in this creation. Better to let them to develop a new product than to break an old one» - the scientist said.

Theresiya Yatsenyuk Had of Supervisory Council of the Open Ukraine Foundation, who was also presented at the lecture noted that the Foundation holds lectures of this direction to help the public to learn more, understand and discover themselves. «The essence of lectures as part of the «Open yourself» Project is a personal development of every individual and the strengthening of their own education. The objective is to disseminate new knowledge and ideas to promote self-development and development of civil society in Ukraine, » - Theresiya Yatsenyuk summerized.

Oleksandr Bilous is a Candidate of Psychological Sciences, Vice Dean of Faculty of Philosophy of Institute of Continuing Education of Taras Shevchenko National University. His academic interests include ecological psychology of individual and psychology of art. Oleksandr is the author of numerous publications on actual issues of psychology.