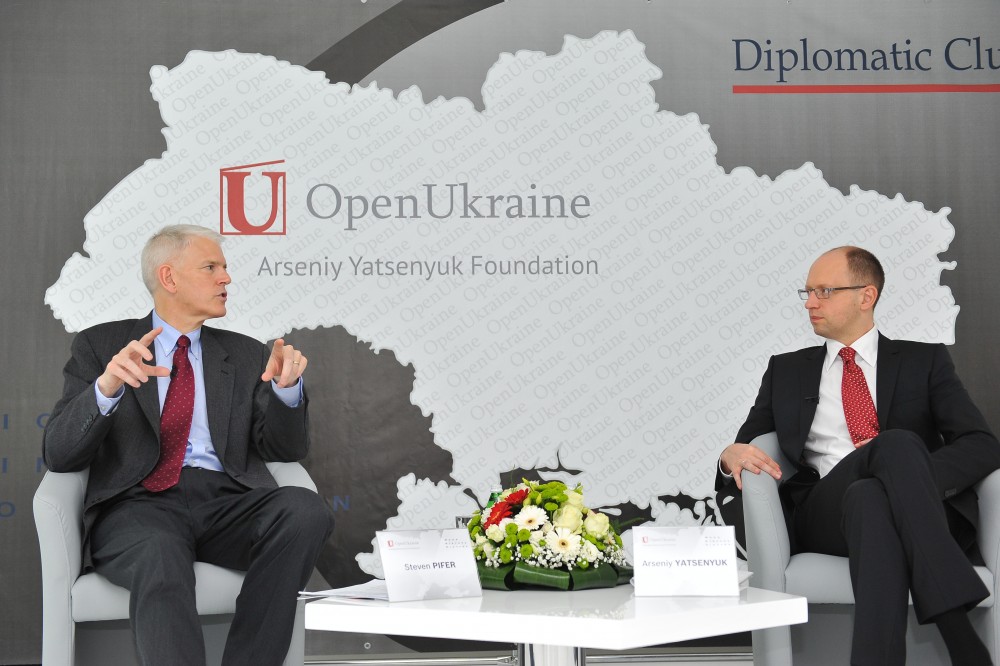 The authorities have nothing to say to people. That’s why the language issues is raised – said Arseniy YATSENYUK on the Diplomatic Club meeting

Language issue is a problem of geopolitical choice of Ukraine – mentioned Leader of Party “Front for Change” Arseniy Yatsenyuk on 5th June, Tuesday during the Diplomatic Club meeting with Extraordinary and Plenipotentiary Ambassador of United States of America to Ukraine(1998 – 2000) Steven Pifer

Leader of “Front for Change” mentioned that today authorities with the problem of language split the country as they tried to split it in 2004 “between those who speak Ukrainian or Russian and those, who support Party of Regions or European course”.

Steven Pifer agreed, that language problem now is used for polarization of society in Ukraine. “During last 18 years I remember only one period, when language issue was raised in Ukraine – it’s before the elections”, - he said.

Due to Arseniy Yatsenyuk words President Yanukovych and Party of Regions are doing everything to increase their rating and just for this language issue is raised.

However, he underlined, issue about Russian as second state language – this is the question of geopolitical choice of Ukrainian authorities: “We have to struggle for constitutional right of people as state language is Ukrainian and this is enshrined in Constitution. But this is not only problem of language. This is geopolitical problem, problem of influence, and language problem – only pick of iceberg. Russian language, neutral status, integration in Customs Union – this is paradigm of Ukrainian policy nowadays”, - he stressed.

“President is not able to say anything. He can’t do anything but be leader of corruption and split the country. But we will overcome this and build new country”,- underlined Arseniy Yatsenyuk.