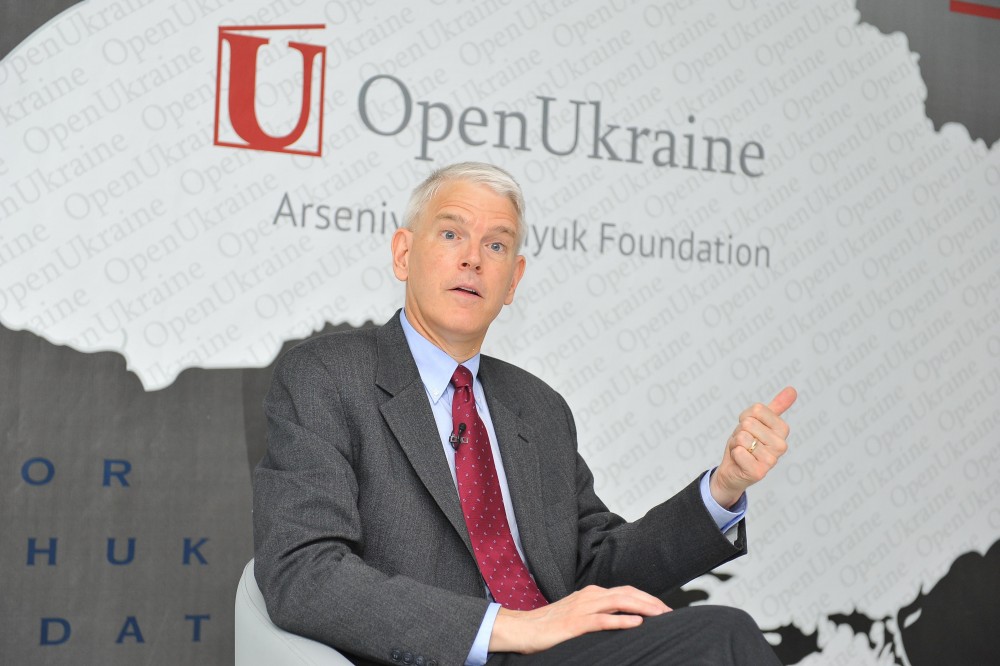 United States of America can impose sanctions on the representatives of Ukrainian authorities in case illegitimate elections. This was stated by Ambassador of USA to Ukraine (1998-2000) Steven PIFER during the Diplomatic Club meeting, organized by Arseniy Yatsenyuk Open Ukraine Foundation.

Answering the question whether USA can implement sanctions on Ukraine, if elections are unfair, Mr. Ambassador said: “If Ukraine keeps the current course, and also if in autumn elections are unfair and nothing changes in the situation with political persecutions – unfortunately, it will be possible”.

«In 1990th Ukraine had huge support from the American Congress. Now everything changed. About 4 months ago I had to testify the situation in Ukraine and make report to Congress. The disaffection, dismay and frustration are felt. West was trying to help Ukraine to become modern democratic state, but everything went in a wrong way”, - he mentioned.

He reminded that there are numerous examples when Congress limited several countries, for instance – Act about the democracy in Belarus (Act about the democracy and human rights on Belarus about enforcement of sanctions, - edit.): “USA and European Union are still implementing sanctions on certain persons in Belarus and financial sanctions too. Also exists “Magnitskyy law” about sanctions on Russian officials, that doesn’t please Russian authorities. U.S. Department of State is already implementing administrative sanctions, visa sanctions on Russians, who were involved in Magnitskyy case”.

“There is a feeling that Ukraine is approaching Russia and Belarus, but not Poland with its democratic institutions, for instance. I think that from this not a long way for Congress to think about possible mechanisms to use for influence on Ukraine. The issue of sanctions is not on agenda. However, if you speak on this topic with representatives of Congress, you find that they’re thinking about this, though 6 or 12 months ago this issue wasn’t even raised”,- he added.

Arseniy Yatsenyuk asked Steven PIFER, administration of which president – republican or democrat - will be more decisive in imposing sanctions? Steven PIFER answered: “Ukraine is not the part of issue between republicans and democrats. They have differences on issues of domestic policy, other policy issues, also on Russia issue, but there is no difference for Ukraine, who will be in power – republicans or democrats”.

The diplomat underlined that the whole world will be following events in Ukraine in autumn. “Only USA allocated more than 3 million dollars for providing great quantity of observers during the Ukrainian elections”, - he stressed.

Steven PIFER mentioned that he doesn’t believe that President Yanukovych doesn’t feel the situation: “Mr.Yanukovych gets clear messages during working meetings with European leaders about the necessity of transparent elections, about urgency to settle the problem of political prisoners”, - expert said.