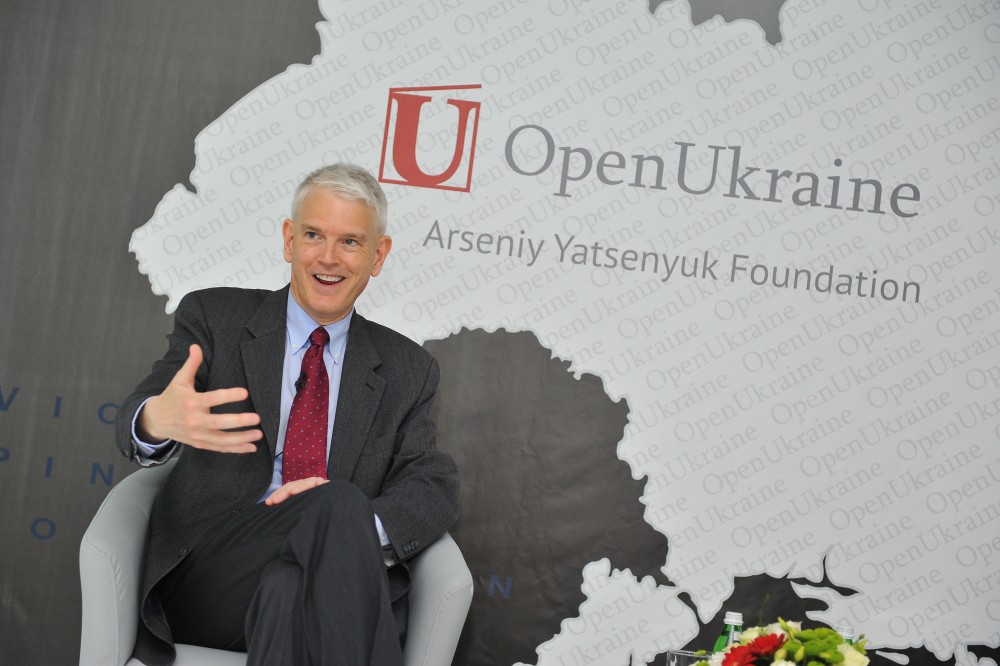 Many things in Ukraine depend on how parliamentary elections will be held. Ukraine is obliged to conduct transparent and fair elections. This was stated by American diplomat Steven PIFER within the Diplomatic Club meeting “Ukraine: balancing between Russia, West and democracy”, organized by Arseniy Yatsenyuk Open Ukraine Foundation.

During the discussion Steven PIFER focused on the importance of transparent and fair elections in Ukraine. “The whole world will be following the event in Ukraine in autumn. Only USA allocated more than 3 million dollars for providing great quantity of observers during the Ukrainian elections”, - stressed professional diplomat.

Expert believes that if elections in Ukraine will be fair and transparent, it will be great sign for Ukraine. “If situation doesn’t change, the elections aren’t be free, problem “Tymoshenko-Lutsenko” isn’t be solved – it’s very bad sign. American-Ukrainian elections will become difficult”, - he underlined.

Steven Pifer stressed, that he doesn’t believe that President of Ukraine doesn’t feel the situation: “Mr. Yanukovych gets clear messages during working meetings with European leaders about the necessity of transparent elections, about urgency to settle the problem of political prisoners. And does he really want to hear them?” – expert mentioned.

Founder of Open Ukraine Foundation Arseniy YATSENYUK, who took part in Diplomatic Club meeting, during the discussion about difficulties, which foreign investors face while entering Ukrainian markets mentioned, that “Ukraine has huge potential”. “Alongside with it investors face numerous problems. And this is not economic problem, this is issue of political monopoly. President Yanukovych controls everything”,- Arseniy Yatsenyuk underlined.

The members of Diplomatic Club also discussed development of American-Ukrainian relations if Ukraine chooses way of convergence with Russia. This course of developments Steven PIFER commented as following: “USA respects any Ukraine’s choice. But in this case question is raised – why does Ukraine choose Eurasia market with turn-round about 2 trillion dollars, but not EU free trade zone with turn-round about 17 trillion dollars. We will respect this decision, but definitely we won’t understand it”.