Razumkov Centre Sociological Research on the Attitude of Ukrainians towards environmental problems 20 February, 22:18

About the subculture with Bandy Sholtes 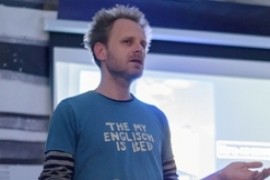 Arseniy Yatsenyuk Open Ukraine Foundation invites you to the lecture with famous Ukrainian writer, Bandy Sholtes. The event will be held within the framework of the project "Culture for Peace". The topic of the upcoming lecture is  "About Literature and Subculture". 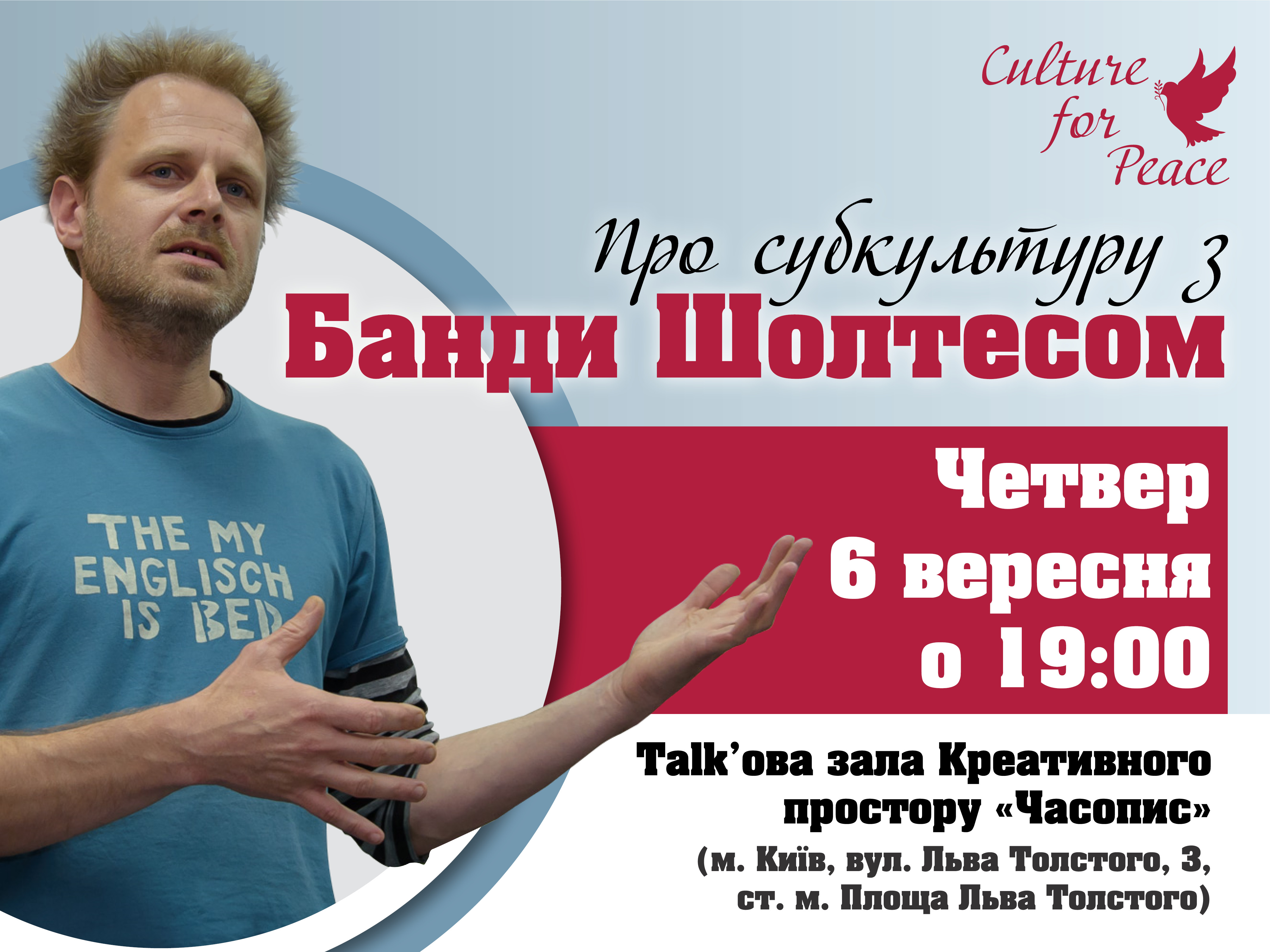 Bandy Sholtes is one of the most positive authors of contemporary Ukrainian literature. His personality is a mix of seriousness and humor, creativity and insistence towards himself and his own texts.

The author will talk about representatives of subcultures, which are described in his novels. Also, Andriy will share the opinion what is common and what is different between the way of life of Ukrainian and foreign subcultures.

To participate in the event, you need to fill in the registration form via the link – https://goo.gl/forms/NDe2WIcCxGowERCa2

The working language of the event is Ukrainian.

Bandy (Andrew) Sholtes, writer, philologist, worked as journalist, linguistics teacher, an interpreter from Hungarian, tourist guide. In the 1990’s he released samizdat, emigrated, but returned. Lives in Uzhgorod. Married, has two sons. Currently Andriy is working on a new novel about the life of emigrants abroad.

– 2015 Best Zakapattia writer according to the version of the Carpathian News Agency;

– According to Forbes, the novel of Bandy Sholtes "Sziget Island" became one of the five most interesting novelties of the Zaporizhia Book Festival 2016;

– Participant at the literary project "Cultural Dialogues" initiated by the Ministry of Culture of Ukraine, with writers Andriy Kurkov and Artem Chapay;

– In 2017 he entered the short list of nominees for the Oles Ulyanenko International literary award;

– In June 2018, he became the winner of the Open Ukraine Foundation Contest and received a travel grant for a trip to Poland, where he lectured on subcultures of Ukraine and Central Europe, and also presented his own books;

– Permanent participant in numerous book presentations, public appearances and literary events at the Lviv Publishers Forum and Book Arsenal in Kyiv, as well as on numerous TV shows and radio shows.

← back to announces feed